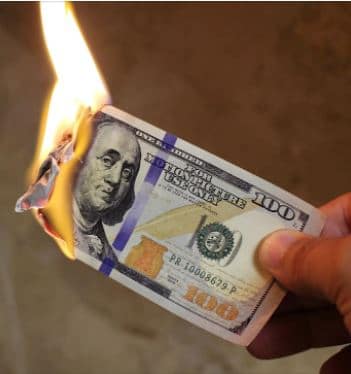 Nothing like a consistent 4-0 vote on every item as the Del Norte County
Board of Supervisor’s scurried through their second of bi-monthly
meetings in under ninety minutes.  Another public comment by Linda
Sutter, roundly disapproved of by Supervisor Short later in the meeting,
essentially calling out the Del Norte Sheriff’s Department as having
annual salaries between $100,000 and $220,000 in a community asked for
the most part to exist on considerably less, then complaining about
being short staffed, underpaid, and unable to retain officers.  The
meeting descended from there.

Another “consent agenda” dominated by resolutions and requests by Health
and Human Services for more employees and contracted services, already
the County’s largest and most expensive department.  Then came the
Supervisor’s reports mainly concerning all of the meetings they had
attended since last reporting, concerns with mental health services,
blight by the homeless population, lack of economic improvement, and a
whole host of the regular crisis’s that solutions seem to continually
elude them all.  Supervisor Howard’s bombastic statement of an economic
renaissance in the County, that no one else seems to be aware of, and
the parade swiftly moved on to SB 1383.  Heads up to Supervisor Starkey
with her perplexion over homelessness.  Stop paying them to be homeless.

What is SB1383/AB1826 you might ask?  It is the Sacramento government’s
attempt at a one size fits all effort to “be” green, also known as the
idiot’s in the State legislature’s efforts to make your garbage
collection more complicated and expensive in the name of “tilting at
windmills”.  There is big money in garbage collection even here within
the County, and SB 1383 seeks to make it more lucrative for those that
collect your trash by adding a third bin to collect your organic waste.
It further is an effort to recover food to be repurposed in the name of
“climate change”. It began in other larger Counties at the first of the
year, and the jury is still out as to whether the trash bin inspectors
have made any progress with compliance.   It will increase the number of
people working for both the County and City with as yet no recognition
by the State as to what they are asking or what it would cost.  But,
hey, our local Board and the City Council already have new regulations
ready and waiting.  Self haulers need not apply as you will shortly be
on the endangered list, if not extinguished entirely.

The next order of business was what to do about the Sheriff until June’s
election of former Crescent City Police Lieutenant Garrett Scott, the
County’s last man standing.  We might do this, we might do that, but let
us all be assured that they might, just might, know where this man
lives.  Supervisor Starkey took the lead by expressing her concern for
whether or not Mr. Garrett would be able to take up the post immediately
without “getting all his paperwork in hand”.  The discussion devolved
from there to concerns for the next man in line Lieutenant Daniel
Schneck with assurances that he would be supported by the Board until
they made up their minds how to proceed.  During the discussion, there
was the typical whining by Supervisor Chris Howard about the possible
loss of Measure “R” funding, and the impact on the Sheriff’s department
of his acknowledged generous raises and new hires that would “go away”
should the voters repeal the measure in November. No conscious thought
about the voters who do not have the luxury of more tax money out of
their pockets to support what has clearly been a failed “fix” long
before Measure “R” or former Sheriff Randy Waltz.  At least Lieutenant
Schneck appeared to recognize that no amount of money pumped into the
Sheriff’s Office was going to solve his staffing problems as he alluded
to the inability of the department to compete for staffing without
unrealistic expenditures for that staffing.  We got the usual staff
moral is in the dumpster routine and that “three” officers would likely
go else where should their Measure “R” money go away, so much for
loyalty.  All “three” were from out of the County, so it remains just
how long they would have stayed anyway, as Humboldt and Curry Counties
are calling.  As an aside, Supervisor Short should learn to put a sock
in his mouth when it comes to apologizing for a legitimate comment by a
member of the Public over revealing what is public knowledge.  It only
serves to make him less than he already is.

There is something wrong at the sheriff’s department that has existed
long before now, and it seems pretty clear that Measure”R” money is not
going to fix it.  Salaries and benefits for the department are already
generous for this County and should be able to attract at least some
locals who are not lured away by a bigger paycheck and wish to remain
here.  Perhaps that is a better place to start rather than throw more
money at the problem that does not seem to be going away.  In the
meantime it might be nice to stop declaring there is a fire in the house
to siphon more money out of the pockets of those that live here.  Lest I
forget, there was an earlier dog and pony show over the new hires at
Office of Emergency services, no doubt more Measure “R” money for
something that this County can ill afford.

The remainder of the meeting consisted of budget transfers to the tune
of $1,284,235, a nice round figure for a County that is supposedly on
the verge of bankruptcy without Measure “R” funding.   Then the County’s
CAO, Neal Lopez stepped in with his report on how well the taxpayer’s
money was being spent, with continued references to “more money than
expected” and cost savings due to the inability of the County’s
departments to fill vacancies had left departments scrambling to figure
out how to spend that money, no doubt with unattainable new hires likely
because so much money from Measure “R” was being used to try to employ
other new positions that the County’s departments no longer had to
budget for.  How Charming the way that works Supervisor Howard…..