The Masked And The Unmasked, The Great Divide 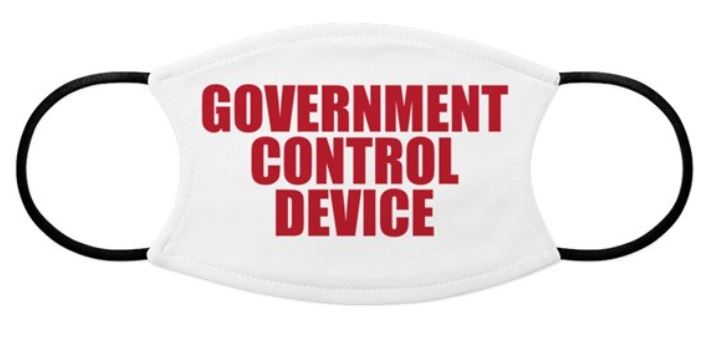 In the past two years have you ever walked into a business or office
without a mask on and noticed the “Hostile Stare”?   Have you been
approached by someone who seems hysterically agitated over your lack of
a face covering?  Have you been called a “Monster” that is disregarding
“Public Health and community safety”?  As masking became common place in
this Country, virtue signaling over the lack of any sort of face
covering has very often reached the level of the absurd.  Various
incidents, well documented on social media have become the center for
the great divide over masking.

There is a relatively large segment of the American population that wear
masks every where outside, inside, while driving, even while strolling
through the park solo.  They demand that others maintain the same
practice, including children as young as two years of age.  The other
side of the debate will only wear the mask when forced to do so for
necessary activities, most obviously on public transport while
traveling, airplanes, trains and buses. While the mask wearers are
secure in the knowledge that they “think” they are right and
responsible, the maskless feel the same way.  Thus far there is little
evidence that either side can come to terms with the other.

The common thread for the masked is that those that refuse are putting
everyone else in danger.  Hence, the masked feel those that oppose mask
wearing are little more than criminals.  The maskless feel that wearing
a mask has little to do with putting people in hospitals only to die
later.  They feel that the charges of anti social behavior and mass
death is immoral and anti science.  When nearly all public health
authorities are on the side of the masked and claim that masks are
essential to save lives, how do the maskless respond.

For the most part there is abundant scientific evidence that masks are
essentially useless face decorations against viruses. There has been a
large body of research not only during the pandemic, but for many years
prior, pointing to the obvious that the masked and its promoters likely
are unaware.  A Corona Virus is less than 100 nanometers in size, where
as the gaps in surgical masks are over 1,000 times that.  Cloth mask
gaps commonly clock in at 5,000 times the size of the virus and neither
provide any real form of hindrance for the passage of virus particles.
The original purpose of surgical masks was to prevent infection from
bacteria, a whole different size of particles, something that most
medics cannot even comprehend the size difference.

The larger problem for the masked community is not that it is anti
science, which would merely make it harmless nonsense, but masks are not
harmless bits of face coverings.  Masking is essentially a useless bit
of decoration that has over the past two years caused great
psychological harm in all age groups, and greatly reduces the very
necessary ability to communicate properly.    Facial expressions hidden
by masks are unavailable during conversations which allow individuals to
gauge emotions that are essential to a complete communication.  Bonding
and friendships become stilted, awkward and uncomfortable.  This almost
immediately manifests itself in anxiety, and depression. People become
less kind, similar to those whose only contact with the outside world
might be as a key board warrior who is not always mindful of what is
broadcast on the internet.

In addition to the well documented uselessness of masking, health issues
can also become problematic, particularly in school age children  This
has become an entirely different conversation that likewise is not being
addressed.  So, the question becomes, “Why, exactly is the medical
community and the pro maskers so entrenched in what is clearly a failed
practice?  What motivates medical professionals to lie about the
effectiveness of mask wearing?  Why do school districts insist that
young people who receive no benefit from masking and can be subject to
great harm continue the practice?   Why is there any kind of discussion
at this point in time that makes masking “essential to public health and
safety” when it very clearly is not?