The Minor League Clown Show Is In Session 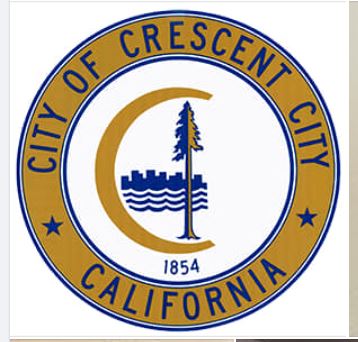 I don’t often comment on the doings of the City’s Council as I haven’t,
up until recently, been all that interested in reporting on the minor
league version of the “clown show” in Del Norte County.  In any event,
I’ve taken in the last few meetings just to get a sense of how far out
of touch with the public, that the City Council is.  As an aside, it
would be nice if when the Council met, excepting of course Mayor
Greenough, that they did not dress like a group of beggars after a days
work and a late afternoon trip to the local watering hole.

Back to the business at hand.  Over the course of the last few meetings,
including the most recent effort at bungling in the public’s arena, the
Council has managed to hire several more executive and senior management
thanks likely to the space given over in the City’s General Fund by
Measure “S” funding use in areas that rightfully belong solely to the
General Fund.  In addition to the wildly out of control spending on the
City’s Pool and Beach Front park, now nearing $10 million, the Council
has been laser focused on spending millions on Front Street and all it’s
“new” parking lots.  It may not be exactly what Measure “S” was thought
to produce, but language in the ordinance “allows” the current City
Council to spend it pretty much how ever they please.  Thought the
Citizen’s Oversight Committee was supposed to prevent such happening?
Not a chance.  The City has insured that the COC is composed entirely of
“rubber stampers”.

Anyway, on to the most recent City Council Meeting where after the
formalities were rendered, an item from the “Consent Agenda” was removed
to enable the Council to gush euphorically over their most recent hire,
a new Economic Development and Recreation Director, like the City really
needs to bumble through those two areas of concern.  The charade was
only notable in that the passage of Measure “S” was the most likely
reason that the City managed this “new” hire.

The remaining items for the City’s review were a presentation, for
nearly an hour, over a possible “new” business wishing to grace our
City’s streets and bike paths, twenty five e-scooters for rent.  While
the presentation by Bird Inc, was interesting, I am not sure exactly who
will be renting the “e-scooters” to the extent the investment will be
worthwhile for the company.  Sure in summer time perhaps, but at other
times of the year?  Renting the scooters appears easy enough with the
use of an application and a “smart phone”.  From there Granny can tour
the City limits to her hearts delight, as long as she does not cross the
line, that is between the City and County.  No trips to Walmart or the
Hospital for Granny then.  But maybe that will not be a bulk of the
usage, at least in the City’s limits.  Only time will tell whether or
not this benefits City and County residents.  At least it doesn’t cost
the City’s taxpayers more of their hard earned money, yet.

The remaining item on the City Council’s agenda was talk about “military
style” equipment at the City’s Police Department, which they do not have
any currently.  Chief Richard Griffin did his best to lead the Council
through the intricacies of this often misinterpreted subject, assuring
the Council that tanks, artillery pieces and missiles were not on his
wish list.  He would; however, like to be able to navigate the deep
waters of government regulation to obtain certainly less lethal
equipment to use for the benefit of his department and his serving
officers.  I did not notice any extreme hyperventilation by the Council
over Chief Griffin’s explanation of the equipment and its intended use,
whew, another bullet dodged.  After nearly an hour of heavy lifting by
all in attendance, the meeting wheezed to its conclusion.  All votes
taken were 5-0.

It is not that anything occurred during the meeting that was earth
shaking, it merely is the fact that the City Council remains tone deaf
in their expenditure of Measure “S” funding, which does affect those
that live in the City and the County in an increasingly acute way.  As
more money is drained from local pockets and those that visit, the
question remains, “Was Measure ‘S’ being expended the way local voters
thought when they approved the Measure in the first place?  Do those
voters who voted for passage of the measure recognize the effect it is
having on local businesses?  How much more tax flight to Oregon will it
take to wake up the City’s voters, that most of the expenditures by the
City are barely useful to a majority of the affected populations? As
inflation increases, Do those that passed Measure “S” recognize that the
sales tax burden will only increase and take a larger share of every
one’s income in order to pay for necessities?

All that being said, the City Council’s path is clear, expand government
and provide the proverbial “bread and circuses” that will ultimately
distribute a growing level of pain to your pocket book.