“The nominee will be reported to the floor” 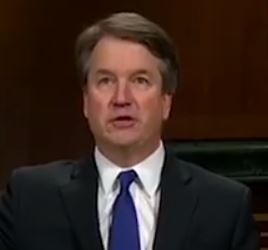 Brett Kavanaugh just passed the first hurdle.  This morning, the voting by the State Judiciary Committee on the Kavanaugh nomination took place.  The vote: 11 to 10.  This is how it shook out.

Democrats all voted no…10 total

Apparently the Dems are too wrapped up in their cockeyed cacoon to open their ears to the woman called Christine Blasley Ford.  It could have been Mork from Ork talking gibberish, it didn’t matter, their minds were made up even before the Ford woman came forward.

Does this mean Kavanaugh’s confirmation is a sure thing.

There’s this guy called Flake.  He’s a Senator from Arizona.

Back to local politics shortly which is almost as entertaining (sic) as national politics.

5 thoughts on ““The nominee will be reported to the floor””