The Price for Standing Up for the Constitution 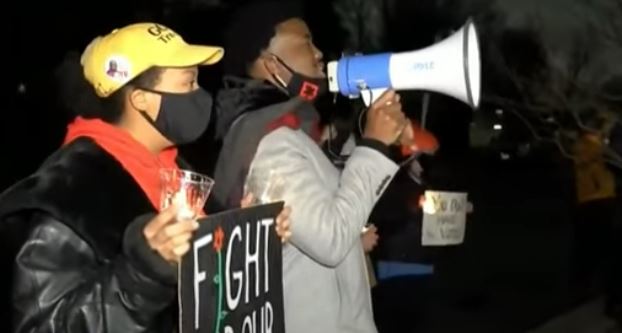 When I read about Senator Hawley’s wife with a newborn daughter being harassed by possible Antifa demonstrators, I immediately looked up the Police Station’s telephone number and gave them a call. I wanted to get a copy of the press release.

Master Police Officer, Juan Vazquez, of the Vienna Police Department called me back and said there will be no Press Release, but he was cordial enough to spend time on the phone describing their role in the incident.

MPO, Vazquez started by saying they got a call at 7:30 pm, Monday, January 4th. At the Hawley residence, there were 10-20 demonstrators. I subsequently learned they were from a group called SHUTDOWNDC. They had a bull horn. They held a candlelight vigil. They did not like Sen. Josh Hawley objecting to Biden’s win, thus the purpose of their demonstration. The Senator was not at home. He was in Missouri.

The Police Supervisor talked to the leader of the group. They were warned to disperse or be arrested citing 3 violations:

1.) picketing in a residential area,

2.) creating excessive noise within 50 feet and

The group dispersed. The Police were there 10-20 minutes. The SHUTDOWNDC group may have been there for half an hour to an hour.

I defy anyone saying that this was not intimidation or harassment. What if 10-20 people showed up outside your house with a bullhorn and stood there yelling for 30 minutes?

Lastly, I’m personally proud of Sen. Hawley standing up for our constitution and for fair and honest elections. A Biden win seems to have astronomical odds against it without cheating. We pray that the Hawley family stands firm and does not bend to these types of pressures.