The Shocking News About Our Local Law Enforcement…Happy Ending 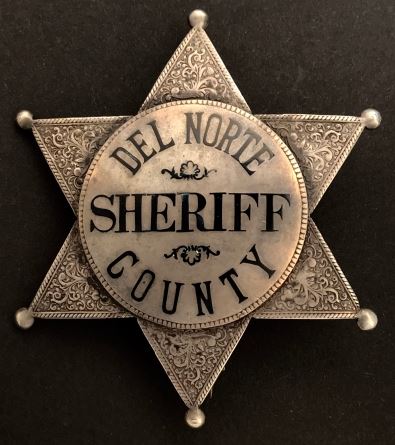 Five years ago today, we published part 6 of the Black Hawk Pistol Story. A true story that left County resident, Dave Egan with PTSD and such a fear of local law enforcement that whenever he heard sirens or saw flashing lights by his house, his heart would start pounding and panic would set in.

To digress let’s go over some background. I lived in Los Angeles in 1965 when the Watts riots broke out. It was a truly scary time. It was my birthday, August 11, 1965. On that day, police stopped a drunk Black American man for shoplifting who was on parole. An argument ensued. A fight broke out. A pregnant woman was hurt. People gathered. It turned into a crowd. It became a riot. Six days of civil unrest resulted in over 14,000 National Guard called in, over 3,000 arrests and 1,000 injured, with 34 deaths and $40 million in property damage.

To put things in perspective, growing up in LA in the ’50’s and ’60’s I had friends of all races and wasn’t at all uncomfortable driving through and doing business in Watts which was a predominantly Black community. In those days, people of color were called Blacks. It was the days of Martin Luther King fighting for equality for Blacks under the law. I believed in that movement and many, many whites who were sick and tired of the injustices of racism marched in peaceful protest along with Dr. Martin Luther King. However since that day in August when all hell broke loose. I haven’t driven through that community and that community has never fully recovered.

Fast forward to 1991. Rodney King, a Black American, speeding on the 210 freeway while drunk and on parole for robbery, became a victim of LAPD police brutality. He was 25 years old at the time. When he saw the flashing lights of a police car behind him he panicked and a high speed chase ensued. Four police officers (three White and one Latino) nearly beat him to death. The officers were indicted. They went on trial. On April 29, 1992, they were acquitted. At 3 pm the verdict was announced. Three hours later, unrest began.

The result: Five days of arson, rioting and looting took place. The National Guard was called in. Over 50 deaths. 2,000 injured. 7,000 arrested. $1 BILLION dollars in damage including the burning of more than 3,000 buildings.

Rodney King sued the city for damages and was awarded $3.8 million and $1.7 in attorney’s fees.

Fast forward to this year. May 25, 2020. George Floyd was a 46 year old Black American man. He was in a convenience store where he bought and paid for cigarettes when the clerk accused him of paying with a counterfeit $20 bill. Police were called. Floyd was drunk. An altercation took place. Then the rest is history because multiple witnesses filmed the incident showing a Minneapolis police officer knelling on George Floyd’s neck for nine minutes. People jumped to conclusions that that resulted in Floyd’s death. In actuality the  autopsy revealed that he had enough drugs and alcohol in his system to kill him many times over.  He was not suffocated.  His heart literally blew up.   Prior to being taken to the ground, he had been in the back of a police vehicle where he was banging his head against the metal divider in the car.  Minneapolis police protocal call for the arrestee to be removed from the car and subdued.  The form that it took was also approved technique by the department.  It will be very difficult for a jury to conclude his arrest and subsequent death was anything criminal.

Yet, so distraught were people and not just local people that when the video went viral people all over America were incensed. Shouts of “Defund the Police” gained steam and many municipalities actually did. The four officers involved were fired. Two are White. One is Black and the other is Asian. Two of the officers had numerous complaints against them some involving excessive violence.

Crescent City/Del Norte County is a predominantly white community of about 27,000. The majority of our law enforcement officers are white and male. To recap, on the morning of August 18, 2011, Del Norte County Sheriff’s (former) Det. Bob Barber led the “SWAT style” charge into Dave Egan’s home.  Their mission:  Find the “stolen” Black Hawk pistol worth about $350.  They broke down Dave Egan’s door, held him at gunpoint in his underwear, neglected to Mirandize him, took him off to jail in handcuffs, neglected to give him a phone call, and stole virtually everything not nailed down including his lifelong gun collection.

Fast forward to 2020. Sunday night, December 20, 2020, Dave Egan was watching the nightly news. Everything changed at a quarter after nine that night when two Del Norte County Sheriff’s squad cars and two Crescent City Police squad cars raced up the streets lights blazing and sirens blasting; right on the corner of Cooper and J Streets.

Dave went on, “But, Donna, the most incredible thing happened. They didn’t beat the guy. Nobody got excited. What did happen next was like witnessing a miracle. A female officer spoke to him calmly. The other three officers surrounded them. Nobody touched him. The scene had a surrealistic quality. They talked him down. The female deputy spoke to him in a motherly, matronly tone and escorted him without handcuffs to the squad car. She allowed him to enter into the back seat without touching him. It was amazing!”

Erik Apperson won the election for Sheriff in 2014 and was sworn in on January 5, 2015. Before Apperson was sworn in, Detective Bob Barber left the Department the day after the election results. Some believe it was because Apperson promised to make changes in the department. Bob Barber reportedly was a bad cop. Just based on Dave Egan’s experience, Barber was there to steal his extensive gun collection back in 2011. They never found a Black Hawk Pistol. But because the SWAT style charge was led by Barber, property damage was committed and a lot of personal property was taken having nothing to do with a pistol. Some believe that Barber was taught his corrupt practices by Joe Garcia. Barber and Garcia were partners. Garcia was fired, tried and convicted of felonies including stolen property like prescriptions and firearms he took out of people’s houses. Garcia has since passed away. Barber left the County in 2014.

2011 to 2020. Nine years later. If Sunday nights incident is any indication of actual changes in the Sheriffs department, it goes to show that someone should get credit where credit is due. Sheriff Erik Apperson kept his campaign promise and has been able to change the mind-set, attitude and standard operating procedures of that department. Included in that credit is Police Chief, Richard Griffin who was sworn in last October 2019 when former Police Chief, Ivan Minsel retired.

Although Dave Egan’s Black Hawk Pistol story is a tragedy that cost him in many ways; personally, financially and emotionally, he has the satisfaction of witnessing this turnaround.

Instead of panic, Dave Egan is filled with gratefulness. “I slept well for the first time in nine years. When I woke up the next morning I had an epiphany. The actions of law enforcement was due to a new crew. A new sheriff and a new police chief, new attitudes and a polar opposite of the old guard. I hoped I had something to do with that. This feeling of goodness came over me. I want to say Thank You. Thank you to local law enforcement that enacted these changes. I feel totally different, inspired even hopeful. It’s going to be a very Merry Christmas.”