The Spy in Your Pocket 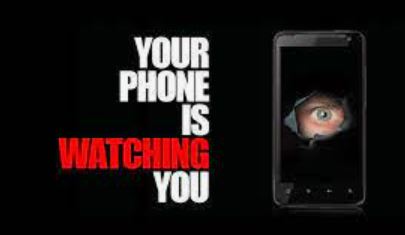 Have you ever sent a personal email or text message that casually mentions an event, destination, service, or product and then seen an advertisement for the same thing shortly afterward? Even more disturbing, have you ever mentioned the same event etc. verbally, while your smart-phone or computer was connected to the internet, or even turned on, with the same advertisement appearing shortly afterward? If so, it is no coincidence; and you are not the only one experiencing this phenomenon.

Most of us have heard the horror stories about Alexa, Amazon’s talking artificial intelligence (AI) “assistant” that is constantly attached to the internet and all other Alexas. News surfaced that Alexa was spying on their owner, even after the unit was “told” to shut down! It turns out that our cellular phones and smart phones are now doing the same thing.

According to an in-depth interview by Joe Rogan with NSA Whistle-blower Edward Snowden, cell-phones and smart-phones are able to capture video and audio data without the owner’s authorization or knowledge; even if the device is turned off! They can provide a location even when the user chooses to turn off their GPS location. If these devices are within range of a wifi signal, these can also be used to spy and provide a location.

When we check our daily weather forecast online, does this weather application really turn off when we leave the site? The same can be said of a news service, social media application, entertainment venue, email server, or any number of internet sites we may visit. Somewhere, lost in the long list of “Terms of Service”, we have signed away our rights of privacy. We are being tracked by website spyware that both share our data with other spies or sell it commercially.

According to a recent New York Times expose, cell phones are used by Google, Facebook and Twitter to track user’s location; even if the device’s “Location” feature is turned off! They do this through triangulation via cell phone towers to prove the efficacy of online advertising. Every time a user shops at a advertiser’s store, they use it as proof that their advertising is effective.

Even in the United States, these devices are subject to Chinese Facial Recognition to locate and track pro-Democracy “criminals” via their TikTok, WeChat and Zoom applications. The Chinese Communist Party (CCP) requires that all Chinese owned applications have a “Back-Door” that is accessible to the People’s Liberation Army (PLA). Recently it was found that Chinese Security Surveillance software used by the New York Subway Urban Transport Authority had these same features embedded to locate pro-Democracy “criminals” that were using the New York subway system. It is important to know that the Chinese Communist Party has severe penalties for any activities that are critical of their regime, and they include those that are perpetrated in jurisdictions worldwide on foreign soil.

The Chinese Communist Party is now aggressively using the location of communication devices to back-trace persons potentially exposed to Covid-19. This has been done thanks to software developed in Europe, and made available worldwide. If in the proximity of a person identified with the virus, location tracing via artificial intelligence identifies all persons who where there at the same time. Once identified, the owners’ phones are contacted repeatedly to demand that they quarantine, or report as soon as possible to a testing facility. If they leave their quarantine site and stray from going directly to a testing site, their location is forwarded to police for arrest.

In China, there are now Covid-19 “Detention Facilities” which operate more like concentration camps. People are densely confined at these facilities, at their own expense, often denied basic hygeine and food.

“OK,” you might be thinking; “but that is China, and we don’t operate like that in the free world.” Unfortunately this practice has extended to Canada, where persons returning from foreign travel and testing positive for Covid are forcibly confined in similar cramped facilities, at their own expense, and often denied proper access to food and hygiene.

Chinese facial recognition software, used to identify ethnic Uhygurs, is being applied by Alibaba Cloud Services. This is the first known pilot program to identify classes of people by race or ethnicity. Uhygurs, along with Falun Gong practitioners have been targets of the CCP for imprisonment in slave labor camps, genocide and forced organ transplants. Why is that important to us here in the United States? Ever heard of “Identity Politics” and “Critical Race Theory?”

Here in the USA, cell phones have not yet received the same level of utility that exist in Asia, where they are the primary internet access device and are used in lieu of credit cards. We still use computers to access the net in the USA, and credit cards to accomplish our everyday transactions. In Asia, smart-phones are used for identification, personal records, financial records, internet browsing and transactions, photography and videography, video conferencing, social networking, proof of purchases, licenses and passes, pandemic passports, and everyday shopping transaction via barcode scans and payment. We are gradually headed the same direction.

What can you do to protect yourself from spying via your cellular phone?

First is to have an efficient firewall that will block spyware and provide a Virtual Private Network (VPN) to protect your identity. This will give you minimal protection of your internet surfing privacy; but it does not protect against access of internal hardware manufactured with a “Back-door” that can be opened by hackers.

In one of his tutorials, Snowden described how he would physically disassemble his phone and remove both the camera and microphone. When a microphone or camera were needed, he would attach a separate hard-wired device to the phone later. If possible, he would use an older phone where the battery could be removed. All of our most modern phones are sealed to prevent such tampering.

Another option is to place the phone in a Faraday Cage sheathing that denies the ability of electromagnetic signals to enter. Once inside the Faraday Cage, the phone is rendered inoperable and cannot send or receive information. When removed, the phone becomes 100% operational; you can send and receive signals, but you will once again be spied on.

Faraday “Pouches” can be purchased off the internet, or can be made with layers of zip-lock plastic bags and aluminum foil. When she was ultimately apprehended, Jeffrey Epstein associate Ghislane Maxwell was in possession of a phone wrapped in layers of plastic and aluminum foil.

Another way to prevent spying is to avoid using search engines and social media applications that spy. Google (and its sister company YouTube), Facebook, Twitter, and the even more dangerous Chinese owned TikTok, WeChat and Zoom should be avoided like the plague. Trump banned TikTok, but that decision was reversed by the Biden Administration. Now that they have the green-light, TikTok is adding not only American adults to their extensive database, but children also.

Facebook is able to scan your phone’s address book and identify your associate’s phones to spy on them also! These are not the only applications that spy on us; but they are the most insidious and harmful.

Another way to avoid spying is to physically disable the camera and microphone. Cover the camera lens with opaque tape, and the microphone with a sound muting material. An even better option is to have a drop-box outside your home or office, perhaps in your vehicle, and keep the device far away from you.

The final option is the one that I have used for many years; don’t own one of these diabolical devices at all!

What about road emergencies? I do have a cheap discardable phone with prepaid minutes in the glove compartment of my vehicle. It has never been charged or activated. Hopefully the emergency can wait thirty minutes tile the phone is charged, activated, and the code is entered to use my prepaid minutes.

During the past few months, since the beginning of the Biden Administration, we have seen a rapid decline in human rights in America. Intrusions into both our privacy and personal liberties have been sold by the mainstream media megalomaniacs as the path to “Social Equity;” which is a new label for Maoist Cultural Revolution. These intrusions can only be accomplished through the same CCP “Social Credit System” that spies and enforces draconian controls on the Chinese People. We already have the devices, many of which originate from Chinese factories. Most people own the cell phones, and have smart meters attached to their homes. These smart meters monitor every “Chipped” smart device in their home; from computers, televisions, and wifi routers to water heaters, refrigerators to stoves. These smart meters can also be used to shut down any of these devices remotely by the power company without our knowledge or permission. The service devices we encounter, from ATMs, credit card chip readers, public transit access kiosks, to license plate recognition and video surveillance cameras are all vulnerable to becoming enforcement devices. The backbone in China is Huawei’s 5G network. This was canceled by President Trump, but the ultimate fate is moot under the Biden Administration. The entire system is monitored and enforced digitally via artificial intelligence.

One thought on “The Spy in Your Pocket”