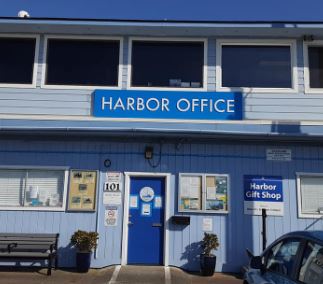 Seems as though Crescent City’s current version of ineptitude resides
within the august walls of the Harbor District’s Board Meetings lately.
Fresh from the questionable activities surrounding the District’s
venture into RV Parks where suddenly there is an immediate need for high
end accommodations at Redwood Harbor Village, and Bayside RV Park, the
Harbor quietly revealed that the inner Basins have not been dredged for
a decade and the material from previous dredging needs to be disposed of
from their current location in the harbor’s dredge ponds.  Unfortunately
the Harbor District does not appear to have the appropriate permits. But
the follies do not end there.  The projected annuals savings from the
“New” solar panels has not lived up to hype showing a mere $8,000 in
savings instead of the $35,000 projected.  And finally to put a period
on the ineptitude, seems the board was not paying attention to the fact
that they did not receive ballots for the recently completed Fire
Protection Assessment election until it was too late to cast their
ballots.  A mere $666 in fees the District will have to dig up annually.

Most of the controversy surrounding the harbor’s decision to sign on to
its RV park redevelopment plan is what happens to current residents.
While this was being sorted out an obvious question came to mind.  How
much need is there for the harbor to provide rental cabins and spiffy,
shiny, Airstream trailers for the high end vacationers in the Crescent
City Harbor?  Hate to say this but Crescent City’s Harbor might just not
be the “destination” spot on California’s northern coast for the rich
and famous, especially from October on.  But hey, who’s paying attention
to that little detail.

On to the next stumble.  The Harbor District has ten years of
accumulation in its dredging ponds, and the need for more dredging in
both inner basins, but no place to put it.  Seems that the illustrious
Northern California Regional Water Quality Control Board is making life
difficult for the Harbor Board by classifying the spoils as “toxic
waste”, go figure.  Not only is the nearest site for disposal of such
waste ninety miles south, but the expense is not something the Harbor
has factored in to their luxurious life style.  Hence ten years of hand
sitting and now the harbor has no idea how to solve the problem in the
immediate future.  Naturally it isn’t their fault, it has to be someone
else.  Fashion Blacksmith anyone?

And the train wreck continues….   We have heard all the hype about how
the District was going to “make” a killing with solar power.  Someone
else was going to install it, maintain it, and the harbor was going to
get its power bill reduced substantially. Thousands of dollars in
savings, maybe even eliminate that expense altogether.  The $8,000
reduction of the District’s power bill from a bit over sixty thousand to
fifty two thousand in five months is nothing to sneeze at, but $35,000
would have been much better.   Wow $1600 per month, a bit over $19,000
for the year. Perhaps cleaning the solar panels themselves might just be
the ticket.  Oh, that’s a job for the contractor.  Wonder how much of an
increase the harbor’s electric bill will see when the freezers kick in
and the sun vanishes behind the clouds for months at a time?

The gravy on the pot roast came in June when the Crescent Fire
Protection’s new fee assessment passed by $19.20 and the Harbor Board
didn’t get their ballots to make their wish known.  If someone would
have been paying attention, the District could have cast provisional
ballots on the day of election, but were asleep at the switch.  Too much
“heavy” decision making apparently.  Now instead of behaving responsibly
and voting, something that is clearly a foreign notion for the Board,
they have elected to sue the FIRE Protection District in an effort to
restore their voting power.  More unnecessary legal expense? They voted
in the previous October election with “NO” votes.  Will the outcome
change once again?

Although the Harbor Board is not alone in their utter incompetence, the
local citizenry can’t seem to catch a break for awhile now.  Times have
been especially difficult for many in the community over the past couple
of years, hence one would hope that all boards, authorities, and
commissions would be mindful of that fact.  Expensive blunders, poor
priorities, and bad management should be dealt with quickly and lessons
should be learned.  That isn’t happening in this County.

One thought on “The Stumbling, Bumbling, Fumbling, Harbor Commission”