The Stupid Get Stupider  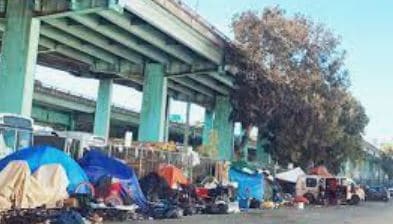 Recent comments following an article in the CCTimes, “The Defining
Issue” by Assemblyman Kevin Kiley, has prompted this explanation for
those that live in the vacuum chamber of liberal/progressive
California.  Most that merely exist in said chamber likely vote in lock
step with the State’s oblivious. Those that voted to retain the “empty
suit” Gavin Newsom did so to avoid the embarrassment of new leadership
that would expose the dearth of aptitude for policies that would turn
California around into something that resembled a concern for the
benefit of its population.

Mr. Katz, seems to be the only recent visitor to San Francisco for the
past couple of decades that found it to be anything other than the
“ruin” it has been described in multiple articles and TV spots.  One
wonders if he took the vacuum chamber with him when visiting recently.
Photos of the City’s third world appearance are numerous and hard to
dismiss.   The seediness of the downtown sections of San Francisco were
evident to anyone not wearing a bag over their head more than forty
years ago.

As far as Governor Hair Gel Newsom being a veritable disaster for the
State of California with his progressive policies, I guess the “Stupid”
will never understand that California has an unhoused population that
dwarfs all other states in the Country.  Since Newsom came into office
the homeless population has simply grown no matter how much money he has
poured into his “solutions”.  Our illegal immigrant population leads the
nation as well, and represents one quarter of all illegals in the entire
Country.  To compound his foolishness, the State budget includes a
growing number of financial supports for illegals paid for by
California’s legitimate residents that has encouraged an increase in
that population from other parts of the Country.

He has been a disaster on Crime, effective policies to even allow low
income housing, business retention, excruciating regulation, and near
the highest tax rate in the Country.  His policies on “Climate Change”
defy rational thinking and is his constant companion for an excuse for
why things haven’t worked out under his “leadership”.  Clearly, this
scenario, is what Mr. Katz is referring to as having “lived in
California for 40 years” and Newsom’s time in office has living in
California better than when Mr. Katz first moved to the State.   One
wonders just how Mr. Katz can pander in the extreme and not be
overwhelmed by his deceit.

Not to worry, Mr. Katz, in the very near future yet more of Newsom’s
failures will shortly be arriving on your door step in the form of a
massive increase in your electric bill.   Unless the state can find more
sources of electricity, California will be unable to keep the lights on
this summer.  While Del Norte County may not experience brown and black
outs, those that live to the South, particularly in LA and San
Francisco, may see the results of Newsom’s “greening” of California.
State officials are forecasting a shortfall of 1800 megawatts for 2022,
with the potential to go as high as 5,000 megawatts if things don’t go
Newsom’s way.

A State, California, that had nearly 3,000 active oil wells, now half
that number.  Four out of five nuclear power generating plants closed,
and the last remaining barely hanging on. California sits on mountains
of coal,  all of which could supply California’s electrical needs until
the time that alternative forms of energy are abundant, realistic, and
affordable.  Only third world countries have this kind of problem
keeping the lights on Mr. Katz…

California has no lack of renewable sources of energy, wind and solar,
the only problem being that state officials were wildly over optimistic
about the end results.  This has led to previous black and brown outs in
summer, which will only get worse if Newsom’s policies are fully
implemented.  Going to renewable forms of energy, finding it wanting,
yet continuing to force it on the people of California is criminal.  Low
income and impoverished citizens will likely bare the brunt of this
stupidity.  Are you with me yet Mr. Katz?  Still concerned about about
the “vulnerable” in California?  Try poking your stupidity out of your
vacuum chamber and greet life in real world California.