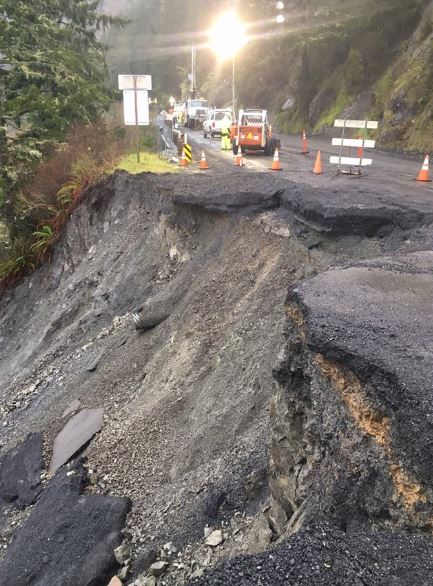 It is not often when such true arrogance is displayed in print, yet
Mr. Tom Wheeler, Director of EPIC, Environmental Protection Information
Center, has exceeded the norm.  In a guest opinion in the Lost Coast
Outpost titled “As Someone Who Has TWO Active Lawsuits Against Caltrans,
Let Me Say That Caltrans is Doing a Great Job With Last Chance Grade”,
April 30, 2021, Mr. Wheeler opines his congratulations to Caltrans for
choosing the least invasive environmentally two routes that meet his
approval.  Of course Mr. Wheeler’s religious adherence to his extreme
environmental ideology pays little heed to the fact that one choice is
hideously expensive and has little chance of being selected, and the
other is more of the same, something Caltrans is particularly adept at,
yet hasn’t been able to find a successful outcome.  The entire mountain
both above and below the Grade has been headed towards the Ocean long
before the road was even built.

Perhaps a complacent Mr. Wheeler should become aware of the consequences
of his religion when he reviews the deaths of harmless people who have
died as a result of his meddling just on preventing some common sense
road improvements along Highway 199/197 since he became lawsuit happy.
Never mind the future possibility should the entire section of Highway
101 at Last Chance Grade give way while occupied by multiple motorists.
Perhaps he just might rethink his stance of plants and animals over
human life, probably not something he has on his mind while pursuing
blindly his religion.

About the only thing interesting in his entire piece was the fact that
Caltrans had not made much of an effort to “study” any of the inland
routes beyond their qualifications of being environmentally friendly.
Something Mr. Wheeler heartily applauded.  According to him, the effort
by Caltrans in expending additional funding to determine geologic
suitability, something that should by all rights be the most important
attribute of a highway route, was eliminated due to the possibility of
environmental damage at the testing sites.  He goes on to explain just
how Caltrans would proceed with his favorite choice of cutting back the
mountain above the highway and de-watering the slope after “armoring”
it. He quotes Caltrans as ” suspecting” water is the cause of the
continual failure of the slope.   Oh. Really?  There does not seem to be
much consideration to the fact that much of this has already been
offered as a solution over the course of the 60+ years of Caltrans’
efforts just to keep the highway open.  But Mr. Wheeler rides to
Caltrans’ rescue by explaining that only ten acres of coastal shrubbery
would be disturbed by utilizing this option, something even Mr.
Wheeler’s lawsuit happy group can live with. After all the tunnel may
require a few Coastal Redwoods to be sacrificed at the entrances of the
tunnel, something that EPIC would find most distressing.

The bottom line, if Mr. Wheeler is to be believed, now is the time for
our own resident genius, Supervisor Gerry Hemmingsen to voice his
thoughts about the $50 millions in “studies” over the past three years
that are hardly the stuff that make an unbiased view of the solutions
for a permanent fix at Last Chance Grade seem very reliable.  Has
Caltrans taken the easiest and cheapest alternative as a way out from a
proper fix at the Grade?  Are the environmental impacts truly the best
vehicle for determining the best, most safe, and durable choice for Del
Norte County going forward?  Will our Board of Supervisors once again
drop the ball going forward by not holding out for a better alternative?
Lawsuit anyone?   Injunction Anyone?  A page out of EPIC’s playbook?