The turmoil of commercial cannabis grows 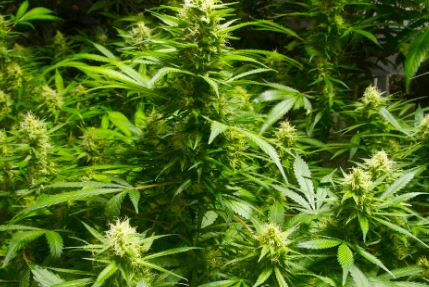 Let’s take a look at Calaveras County. Few places have had more mood swings over marijuana than Calaveras County. According to an article in the Sacramento Bee by Brad Branan last month, “First, they embraced it. Then, they considered banning it. Now, they’re going to have harsher regulations for it, a move that could leave many early investors out in the cold.”

In the wake of Del Norte County’s Board of Supervisors vote to not extend the ban another 10 1/2 months, the pro-cannabis side is in a state of panic.
What’s going to happen?  Are potential commercial cannabis growers going to hastily apply for a license and then live to regret it?

Here’s the problem:  Our county currently has no ban AND no ordinance. The ban ended Thurday, January 25th,  because this issue needed 4 votes to pass to extend the ban.  Since there’s no ordinance in place, any growers obtaining a state license would operate under existing county code.

It’s the in-between that could cause problems.  People wanting to get into the business could run down and pay for that license from the state issued through the county. But, what happens if a permanent ban is decided in our county.  Then they would have to ask the County for a refund of those licensing fees. That’s almost what happened in Calaveras County.  900 permits were issued (600 more than expected) and almost $4 million in fees taken in. Additional police and staff were hired.

Then problems were created by…” unwanted outsiders, rogue growers and environmental deregulation.”

It’s not just Del Norte County and Calaveras County having problems with this issue.

Hitching our jobs and revenue streams onto the commercial cannabis grow may prove to be worthy, or may prove to be a pipe dream.  Getting the black market out of the business also may be questionable.

This is an issue that has taken years of discussion and years of inaction.  It’s the hot potato of our day that’s sure to create dissent every which way; but at some point a way will be determined  Albeit, changes, additions, and amendments are sure to follow.

One thought on “The turmoil of commercial cannabis grows”