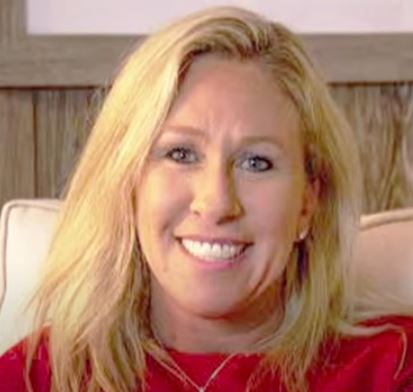 In a rousing speech given on June 3rd on the floor of the U.S. House of Representatives, Rep. Marjorie Taylor Greene (R-GA) condemned the “the two-track justice system” being pursued by the Democrat majority in seeking to establish a January 6 Commission, singling out that day’s riots for special investigative attention while ignoring last summers’ countless Antifa and Black Lives Matter (BLM) riots which resulted in over $2 billion in damages and 25 deaths.

What labels have been placed on this Congresswoman? Far-right conspiracy theorist. Yes, she says and does outrageous things, but then is she any more outrageous than the rat pack consisting of Democratic Reps. Alexandria Ocasio-Cortez, Ilhan Omar, Ayanna Pressley, and Rashida Tlaib dubbed The Squad.

On May 25th she issued this statement, “”The media and Democrats and everyone feeding into it is allowing them to hide the truth, which is the disgusting anti-Semitism within the Democrat Party.” Is she right? Looks that way.

On Twitter June 4th she posted, “The Communist Chinese government needs to pay up for the damage they’ve done to the world!” China must be held accountable for hiding the origins of Covid19 and sending millions of people traveling all over the world effectively seeding the manmade virus worldwide. Is she right again? Looks that way with the latest Dr. Fauci exposed emails.

China must pay reparations to the USA and the world.

Along with that she’s co-sponsoring the Fire Fauci Act HR 2316 and acknowledges those others that have co-sponsored.

“Anthony Fauci makes more money than ANYONE in the government. His lies have been exposed for the world to see.”

How one man could bring our country to the brink of economic collapse and have millions homebound and out of work should be set up in at a special commission with a special prosecutor. Hopefully, one in which ends with prison and restitution.

One thought on “The Two-Track Justice System”