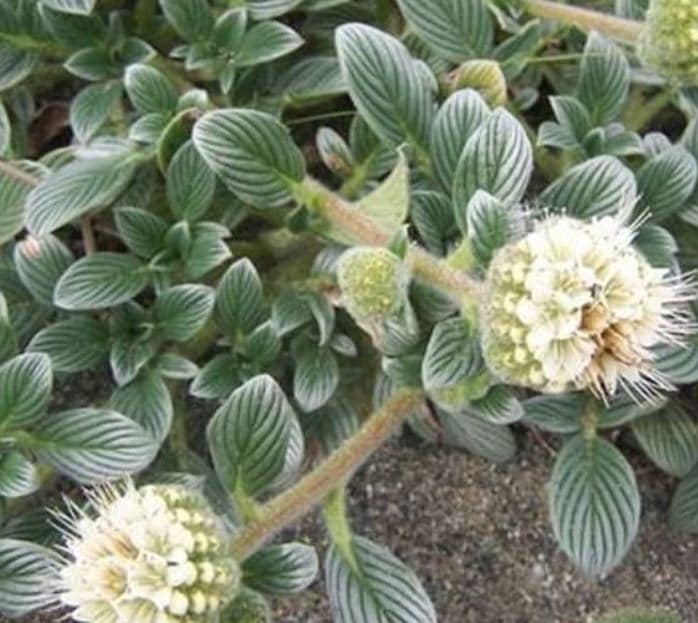 Likely very few of our local residents gave much thought to an action
item on the most recent Board of Supervisor’s agenda, Tuesday, May 10th,
that of a proposed letter to the United States Department of Fish and
Game asking for an extension to the comment period on the proposed
inclusion of the sand dune phacelia on the threatened list of the
Endangered Species Act.  This proposal has been on the minds of not only
local environmental groups , but on those of outside the area groups as
well since 2014.  Law suits are typical of the efforts by these groups
to engage with political bureaucracies in order to force their ideology
upon the impacted area they happened to have unearthed a concern over.

In this particular case it happens to take the position that nearly 170
acres of land in Del Norte County must dance to the concerns over the
loss of a relatively insignificant dune plant already under siege by yet
another bit of invasive flora.  You just can’t make this up to be any
more ridiculous.  Local duck hunters appeared before the Board to lobby
for the extended comment period stating their concerns for yet more
acreage being removed from public access with little or no warning to
property owners, or an adequate justification for the listing.

Much of the proposed listing affects land already covered by some form
restriction due to its location along the coast.  Fifty four acres are
of the private land variety, yet their development prospects are
relatively limited due to their location in Pacific Shores subdivision.
This “new listing” would further place additional burdens on property
owners, restrict recreational activities, and add another layer of
conditions on the County’s ability to control the water levels in Lake
Tolowa and Lake Earl. When one adds the already seasonal restrictions
placed by environmental groups over the Snowy Plover, what development
possibilities remain for the privately owned acreage soon to be
encumbered by further restrictions?

Del Norte County already shrinks by the year from the activities of a
broad swathe of environmental groups, many not even local, that
ultimately shrinks the property tax base.  We all wish to have properly
funded services without question, but these kinds of activities make it
more difficult to support even what most would acknowledge as necessary
services.  The continued loss of private and developable land into the
maw of the grasping environazi agenda furthers the inability of local
governments to live within their means.  Even the most die hard
environmentalist will find the lack of proper police and fire protection
somewhere on their list of acceptable human activities.

Having attended all three of the candidate forums for the three
supervisor districts up for election this year, it is important to note
that only candidates Hank Akins, Joey Borges, and Dean Wilson recognized
the need to expand the property tax base through pushing back against
the restrictive religion of environmentalism which prevents or
eliminates development to increase rather than continually decreasing
within the County.   Until local governments halt the efforts by local
environazi’s from picking the County’s pocket over land use and their
restrictive practices, this County will have an increasingly more
difficult time of growth and providing the basic services necessary for
halting the decline of the local population.  This may be a bitter pill
to swallow by most environmentalists, but they no doubt would be the
first to clamor for police protection or the fire department if needed.
Property tax, while not particularly pleasing is a steady and consistent
source for those services.  A constant reduction in the ability of land
owners to improve, develop, and even retain those properties eliminates
an increase to that revenue stream for those services.

No one thinks about the law of unintended consequences until your house
is burning down and the fire department doesn’t come, your business is
being robbed and no police appear, or your car is swept away in a storm
and suddenly you are afoot because you received no warning.  Without
growth, the County will not be able to properly address issues with
grants, increased sales tax, or any other inflationary measures.  Growth
also allows for the necessary means to be environmentally sensible
without further restricting the County’s ability to grow and prosper.
Just maybe the Sand Dune Placelia should have to deal with the hand its
been dealt….