The worlds most dangerous country for women: Afghanistan 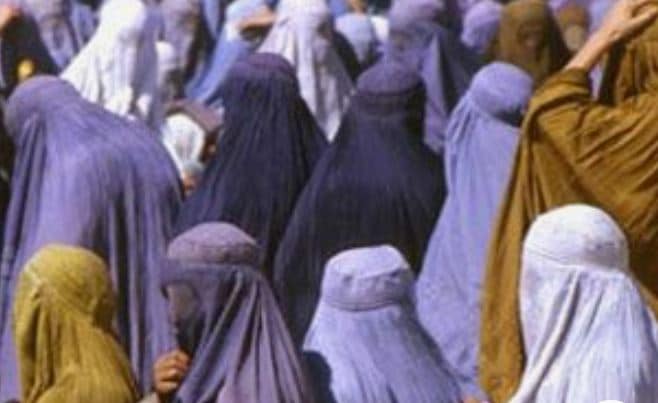 When the Taliban took back their country on August 30, 2021 after 20 years of American involvement, the Quatari government said they were there to moderate policies of the NEW Taliban government.

Let’s see how well they have been doing:

September 2021 – The Taliban announced that the “Morality Police” would replace the “Ministry of Women.”

They also reinstated executions and amputations.

March 2022 – They banned Afghan women from flying without male chaperones.

May 2022 – They stopped issuing drivers licenses for women and decreed that all women must veil their faces with the burqa.

For the 20 years American involvement took place in Afghanistan, women gained freedoms previously banned. They got to go to school, drive a car, work outside of the home, dress without covering their body and face, get health care, walk freely without male attendance and speak without fear.

All of that has changed as their country has gone back to squashing the hopes and lives of women through oppression, domination and tyranny.

According to Human Rights Watch dated January 18, 2022: “…the Taliban have imposed rights-violating policies that have created huge barriers to women’s and girls’ health and education, curtailed freedom of movement, expression, and association, and deprived many of earned income. Afghanistan’s rapidly escalating humanitarian crisis exacerbates these abuses. Following the Taliban takeover, millions of dollars in lost income, spiking prices, aid cut-offs, a liquidity crisis, and cash shortages triggered by former donor countries, especially the United States, have deprived much of the population of access to food, water, shelter, and health care.

Based on the above, the conclusion that Quatari involvement has amounted to anything in terms of seeing that WOMEN in Afghanistan are treated as anything more than second class citizens, slightly above farm animals, would be an understatement.

Afghan women have little to look forward to. Living in fear, poverty, unable to attend school, drive, work or even dress as they would like. With 50% of the Afghan population being female, there is no arguing with the Morality Police about any rights.

But President Biden left armaments and weapons amounting to billions of dollars that could have been sold and turned into making a difference for their country. Not going to happen.

A tragedy any way you look at it.

Don’t you wish for a moment we could ship all those Pro-choice women demanding abortions remain legal up until birth over to Afghanistan and have them try mouthing off to the Taliban about their rights?