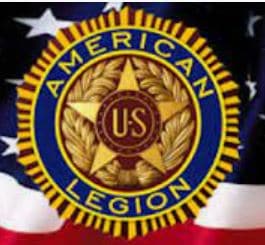 When it comes to voting for the person who best matches your personal
choices in life, they may not always be the best candidate for the
electorate as a whole.  Quite often those that are elected to represent
“we” the public come in the form of someone more suited to a popularity
contest rather than what is best for our basic needs.  Being spun
fantasies of no importance in a slickly enunciated and polished fashion
are the hall marks of modern politics and their purveyors.  Gets the
juices flowing, and heightens our collective sense of hope that our
problems will be solved “If Only” the fellow that has been blowing smoke
for years as our current representative is re-elected.  I had the
opportunity to witness such a story teller, and must admit it was hard
not to be impressed, then the cold splash like a bucket of water over
one’s head and the incumbents record forced its way into my view.

A candidate’s forum held in nearby Gasquet, California this past
Wednesday evening put on display the aspirants of the coming
Supervisor’s election for Del Norte County’s District Three.   For a
small community, the turnout was robust and the community’s Legion Hall
was standing room only for the “show”.  In an informal way the drafted
MC, Linda Sutter, found herself time keeper, in what proved to be a
rather civilized and orderly event lasting just short of two hours.
Topics covered ranged from the possibility of returning to a “resource”
based economy, educational failures, home insurance rates, the woes at
the Sheriff’s department, and a scattering of other topics.  It began
with a short introduction and personal history of each of the three
hopefuls for the office.  Leading off was the incumbent, Chris Howard,
followed by Joe “Hank” Akin, and last but not least Frank Margarino.

Certainly all are eminently suitable for the office, and over all a
pleasant change from most years when incumbents for the most part run
unopposed.   It became patently obvious from the start that the audience
felt that County government had fallen short of expectations not only
recently but for some time.  The possibility for additional economies,
forest products, and maybe even a new local sawmill started the issues
portion of the ensuing conversation.  Noted by Gasquet residents of an
uptick in log trucks passing along Highway 199 fueled the talk by
Supervisor Howard of his efforts to return to the forests, partly as an
effort in forest management and fire prevention and partly as a way to
inject a return to the resource based economy of what once was.  I
personally view this as somewhat fanciful, as no discussion of the
environmental forces that would most likely take a dim view of such an
endeavor were considered.  Supervisor Howard assured the audience that
under his watch the effort was already under weigh.  Over the course of
the evening, insurance rates, the Sheriff’s woes and Howard’s notion
that the County was growing became part of the record.

Mr. Akin’s contributions centered around transparency, increasing County
revenue, and the idea that the County’s government needed to “live
within its means” rather than increased sales tax to support the ever
growing level of County government.  While Mr. Akin does have experience
in public service and has the ability to lead, he also highlighted his
ability to listen and learn from his constituency, something that is
often in short supply from our representatives.  He went on to say that
local government has the ability to take charge of its circumstances as
a constitutional authority that has so often been ceded to the State in
fear of losing funding.  It was a refreshing take from a candidate that
so often has them talking about what “they will do” if elected and not
what is necessary to satisfy the responsibility of being the
representative of the electorate.

Mr. Magarino, spent much of his time defending his decisions while on
the School Board during the time of the “pandemic”, his expertise as a
business person, and his enthusiasm for being community service
involved.  He highlighted that evaluation of the local school district’s
Covid response was considered “one of the top programs” Statewide under
his time as a local school board member.  He also talked of his time
while participating on a State level Commission as an indication of his
ability to work at higher levels of administration.  Keeping in mind
that Mr. Magarino was but one member of five on the school board, he did
serve as chair for a portion of the time spent and like the other
candidates is thoroughly familiar with conducting a public meeting.   As
a member of the local Grand Jury, Mr. Magarino spoke of his familiarity
with the County’s various departments and the issues they were
experiencing, bolstering his claim to be knowledgeable of the “workings”
of local government.

While this is but bits and pieces of the overall forum and may not
include all the importance of what was revealed during its course, it
served to give the over all impression of what each man has to bring to
the table.  The incumbent, Supervisor Howard was clearly the most
polished speaker of the three, yet has a record that no matter the spin,
has elicited two opponents in his quest to be reelected.  Clearly the
County has accumulated far more issues under his watch, that puts a
tarnish on the record he has amassed over his eight years in office.  He
was a proponent of the Measure “R”, feels government in ever increasing
fashion has “all” the answers, and doesn’t appear to be aware of the
fact that the County has accumulated issues in rather dramatic fashion
during his tenure with few successes along the way.

Mr. Akin is suitably well qualified to be supervisor, labels himself as
a Constitutional Conservative, who seeks to establish transparency as an
important attribute of being in local public office.  He feels that past
issues, decades in the making have not been addressed, and wishes to be
a part of seeking solutions to those problems that do not require
additional tax burdens, but use the revenues already in place and
increase them to produce a more effective government.  He was honest
enough to reveal that he does not have all the answers to pressing
current issues, but feels that with effective leadership, open minds,
partnerships with all that are effected by government decisions,
immediate, bold, and decisive action will result in a better place to
live and a brighter future.

Mr. Margarino has a long standing relationship with both private
enterprise and stints on several local governing boards.  He was in
favor of the increase in the local sales tax, Measure “R” and wishes for
it to be retained for a more direct application to the local Sheriff’s
department.  Was an active participant in the discussion of a solution
to the homeless problems that we face County wide.  Acknowledges, that
it is a difficult problem to solve particularly in light of a mental
health crisis in that community.    Housing appears to be his most
important offering to that conversation, yet did not explain where that
type of housing would come from other than regulation revision to reduce
hurdles in providing such housing.  Health care, blight cleanup, and
supporting law enforcement round out Mr. Margarino’s plans to improve
quality of life while serving on the Board.

All in all a productive evening whereby many in the Gasquet community
had an opportunity to gauge the worth of the candidates for their
district’s representative.  The questions asked were thoughtful and the
forum was well executed, forsaking the notion that public meetings in an
uninhibited fashion is tantamount to chaos.  Congratulations to the
American Legion and the community of Gasquet for an exemplary lesson in
civic responsibility to its citizens.