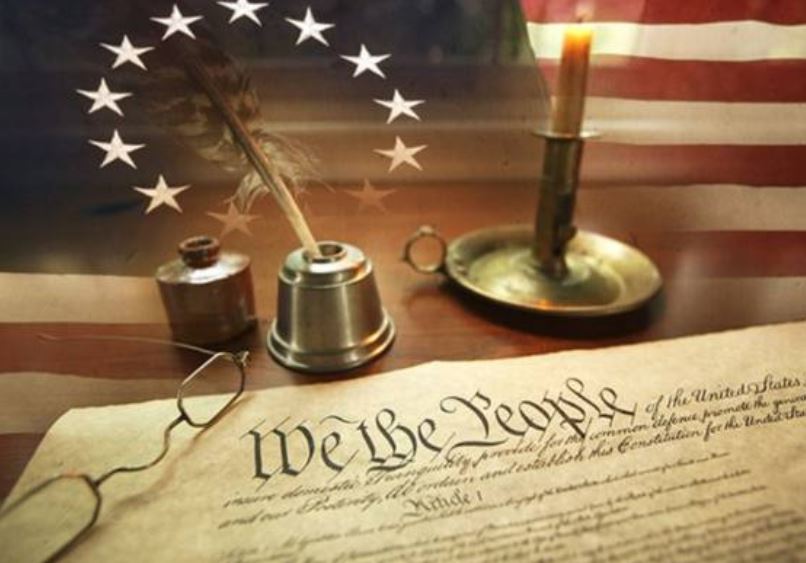 On this day in 1787, the United States Constitution was adopted when delegates to the Constitutional Convention signed the document in Philadelphia.

After 235 years one has to wonder if President Biden will obliterate the constitution by the end of his term. While public schools can determine what kind of educational programs they want, they are only required to hold one day a year on or around September 17 to teach about the constitution. It’s no wonder our public school children don’t hold our country in high esteem any longer. Without teaching them, they don’t possess the knowledge and respect for what our forefathers accomplished; we are raising ignorant fools.

Take note that before the signing of the constitution, on September 15, 1787, just two days before the Constitution was signed, George Mason stepped forth and said, “We’ve made a grave mistake. We have not left the power to propose amendments to We the People, we’ve only left that power to Congress.”

It was then that he posed this insightful question: “Should we be so naive as to believe that a federal government that has become tyrannical would ever propose the proper kinds of amendments to restrain their own tyranny?”

The Founders UNANIMOUSLY agreed, without any debate (from men who debated everything), to adopt the second clause of Article V into the U.S. Constitution.

This is our history and we owe George Mason and the Framers a huge debt today.

They had the foresight to understand that We the People would need a peaceful process to amend the Constitution that didn’t rely on the federal government.

Now it’s up to us to implement the ONLY constitutional solution that bypasses the President and Congress to save the Constitution and our Republic.

You can look up their website at: https://conventionofstates.com/ One of their recent press releases was an article titled, “Majority of Voters: President Who Promised to Unite the Country has Instead Divided It“. Here’s an excerpt:

“Joe Biden came into office assuring us that the adults are now back in charge, and that he is the man to unify the country. He has done the exact opposite, and voters see that clearly. Joe Biden is perhaps the most divisive President in U.S. history,” said Mark Meckler, President of the Convention of States. “Diving the electorate may work politically in the short-term, but it’s dangerous and crippling for the nation. It’s one thing to attack a candidate who is your political opponent. It’s wholly different to attack 50% of the electorate and expect that it will not divide the country. President Biden is uniquely dangerous in his broad attacks on every single American who disagrees with him. This November, we need leaders who will think about country, not party.”

To learn more and to RSVP: https://smithriveralliance.org/contact/