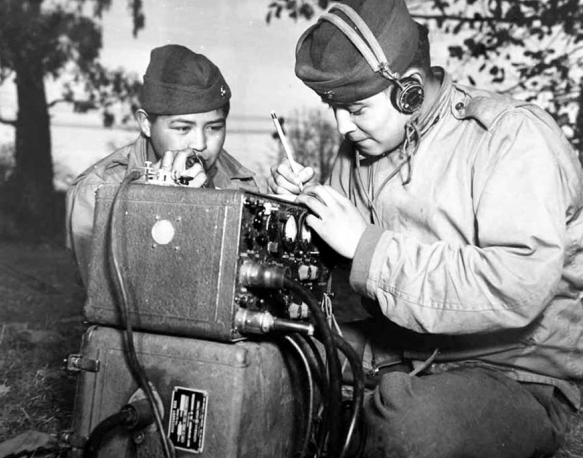 The Japanese just couldn’t crack it.

It’s been 68 years since the Navajo Code Talkers landed on the beach of Iwo Jima, Japan, and successfully delivered more than 800 encrypted messages without error.

In 1982, 40 years after that famed campaign, in honor of their bravery, skill and service, then-President Ronald Reagan declared August 14 as National Navajo Code Talkers Day.

The Navajo Code Talkers are lauded for hastening a swift end to World War II by providing the U.S. with a dictionary of Navajo words that were transmitted by radio and telephones. The code carried sensitive information about troop movements and other imperative field operations.

Following Iwo Jima, Howard Connor, 5th Marine Division signal officer, stated “were it not for the Navajos, the Marines would never have taken Iwo Jima.”

On Sept. 17, 1992, 35 Navajo Code Talker U.S. Marine Corps veterans were honored at the Pentagon in Washington, D.C. for their service to their country. That same day an exhibit was dedicated to their prowess.

The exhibit includes radios, photographs and an explanation of how the code worked.

In 2000, then-President Bill Clinton awarded the original 29 World War II code talkers with theCongressional Gold Medal. Five were still alive at the time, but only four could make it to Washington in 2001 where then-President George W. Bush personally presented them with their medals.

The Navajo Code Talkers’ operation was finally declassified by the U.S. in 1968, opening up the opportunity to honor the Marines who drew up and employed the uncrackable code.