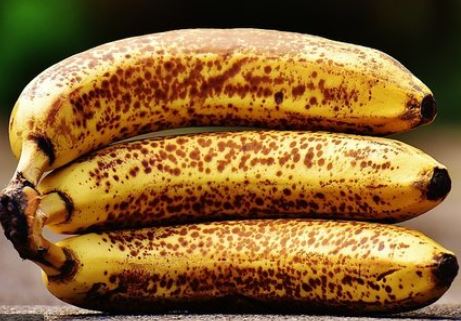 The big question of the day, “Will the Crescent Fire Protection District pass the benefit assessment?” Indeed they did. But before they did, several people attended the July 12th ZOOM meeting and gave them an earful during public comment.

That was the silly comment Crescent Fire Protection District Commissioner Rick Kelley uttered to constituents who believed the certification of the recent weighted ballot election was biased. The District passed the Assessment by a razor- thin approximately 1/10 of 1% vote margin.The actual vote was:

The NO’s prevailed. The highly suspect evaluative voting system developed by PLAN WEST of Arcata employing a weighted protocol which allowed multi-residential property owners to exercise a 10.5 voting ratio over the single family residence in the District is unfair! After several callers (including me) painstakingly negotiated the cumbersome ZOOM process to recommend discarding the election and applying a fairer application of the voting, afterward, Mr. Kelley went into a mini-tirade which included his ” Tough Bananas ” statement. Kelley droned on how great the volunteers are, which I totally agree, but the point was missed. Those who protested spoke about the unfair weighted voting system which allowed this debacle to envelope.

CFPD Chairman Jim Nelson was also unwise and insensitive to the real victims of this tax, making an inappropriate statement, ” …if you give up just two cigarettes a day, you can pay for the new tax Assessment.”

The CFPD Board was deaf, dumb and blind in approving the Ordinance to raise this ASSESSMENT.

What Commissioner Kelley does not understand, after squandering $129,000 of OPM (Other People’s Money) the faux victory will do more harm to election credibility for many years to come.

1. Situation – Basically the procedure was that the fire district, with no public input, worked with a consultant to rig an election by capping the cost to large property owners who have greater exposure to services at the cost of the small property owner.  Why would a large property owner with multiple units (like 100 or more) get capped at $1,000 and get 13.5 votes when others pay $100 per residence on a parcel.  If this is your logic, $100 per vote, then the large parcel owner should only get 10 votes not 13.5 which would change the outcome of this election

2. Recommendation – Invalidate this vote, the margin that you want to claim it passed by is statistically insignificant (.0001% or $17.80 out of a  total of $145,000), the rationale and procedures used are suspect, discriminatory, and questionable if no illegal, and had zero public input prior to the ballot; and it had been voted on and failed less than 9 months ago.

1.  ballots are changed or received after cutoff and included in the count,

2. Ballots have been tampered with,

4.  The fact that this issue was voted on and defeated 200 days ago, and here it is again.   What has changed between then and now?

5.  The City and County do not pay their fair share,

7.  The timing of prior public meetings (scheduled at 11 am when people worked, only 4 showed up),

8. The timing of the hastily called last public meeting on the evening before the that is simply a CYA meeting, it was held the night before vote, when input from the public will not be taken into consideration for this issue.

9.  There has been no public input on the budget of this fire district, is it reasonable?  Is it not?  Where is the public input?

10.  The issuance of this vote has not been vetted properly and is being forced on the public, and is improperly weighted in favor of MF owners that caps their liability at $1,000 with large complexes that require greater services and discriminates against the small property owner and charges the small owner a larger disproportionate discriminatory cost for coverage per unit.

11.  Some did not receive ballots that received ballots on the first assessment vote that was defeated.”

“The tax is too high.

22% is fire related. The other is for Medical. I object to having our money spent this way.

I am personally aware of people that did not receive ballots this time when they did last time and voted “NO.” I placed several phone calls. One to Vanessa Duncan at the Fire District and one to Pro Vote Solutions to ask questions about the ballots. No one ever bothered to call me back.

There is no sunset clause, but there is a cost of living clause. I object to these.

I strongly urge you to vote NO.”

All our objections and rationale fell on deaf ears. Maybe it’s time the Fire Board resigned or was recalled.