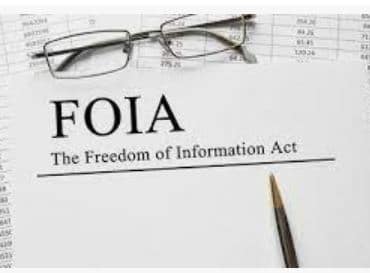 As we’ve witnessed with the local Citizen’s Oversight Committee (COC)on the $25 million school bond in Del Norte County, having government entities coughing up records requests with information, and accurate information at that, is not always honored. Freedom of Information Act (FOIA) requests are routinely squashed as are any board members who dare to ask questions.

Local communities put “Sunshine Laws” in place to promote ethical standards, prevent fraud and corruption, and by doing so engender greater public trust. Even though Sunshine Laws are already in place in California when government doesn’t want to respond, or wants to delay, they’ll find lots of excuses…legal or illegal. Thus one of the reasons for the Writ of Mandate suit due to be heard in Del Norte County Courthouse next Wednesday, March 18th at 10 am. It’s called operating illegally because the COC is supposed to operate independently and it’s been a rubber stamping group for the last 12 years. The current Chair, incompetent Steve Lyon, doesn’t even know what his responsibilities are. He may as well be on the School Board instead of the COC because he certainly is not looking out for the taxpayers in this County.

From the First Amendment Coalition organization: Does “California have sunshine laws? Although state law—mainly in the form of the Brown Act and the Public Records Act—governs access rights at the local level, cities and counties are free to enact ordinances that provide greater right of access than state law. These local laws providing extra rights are often referred to as “Sunshine” laws.”