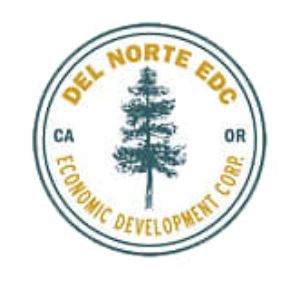 Here’s the split of public monies heading to the United States Dept. of Agriculture:

The debate was sometimes cantankerous but productive, ultimately, each governance passed resolutions agreeing to pass off the delinquent debt by UNANIMOUS votes: Harbor 5-0, County 5-0 and City 4-0

County Counsel Joel Campbell-Blair initiated the settlement discussion by giving a brief history of Tri-Agency from its founding in 1975 to present day and to a virtual shell of economic dysfunction and in as tepid a manner possible, delivered the ugly predicament of a broken system existing today.

The dynamic of spending YOUR Public money was the top priority. Harbor Commisioner Brian Stone was quick to up the ante on the Harbor portion of the debt from $25,000 to $40,000. All his colleagues agreed with the increase, and Commissioner Wes White made the motion to raise the amount originally voted upon at a Harbor meeting some months back.

And the Harbor Commissioners in their zeal to spend public money, conveniently forgot to cancel its original $25,000 passed motion, several months back. Unless corrected, Commissioners are STILL on record of a debt settlement for $25k over the next 60 months. The lack of understanding is breathtaking.

Speaking from the dais during Public Comments, Harbor Commissioner candidate Linda Sutter was none too shy to express her disappointment in the process of how the debt was accumulated.

Public Speaker Kevin Hartwick, principal of Sea Quake and the site at it occupies at 400 Front St., and of several bad loans, labeled Tri-Agency,

“…the lender of last resort” and “…mistakes were made.” He also spoke about all the good Tri-Agency provided over its many years of existence.

The parade of bad actors in using public money capricuously is long, unceremoniously led by former Supervisor Lori Cowan and husband Ken. The couple departed Del Norte County, last year but not before contributing to this debt.

Nonetheless, all three boards agreed to pay off the delinquent debt for fear the United States Treasury will dip its claw into each governance General Fund and satisfy this delinguency.

Next up, but not tonight, is how can these mistakes and bad loans not be repeated?

Is the Tri-Agency or its surrogate, the Del Norte Economic Development Council, the appropriate and capable Agency to stimulate economic growth in our community?

Judging from those elected from all three governances, EYE ON DEL NORTE, observes some very serious flaws in the Del Norte economic ointment.

Before one additional dollar in grants or loans, (if our government credit score is even worthy of considetation), the County, the Harbor and the City must do some serious soul searching and reflection.