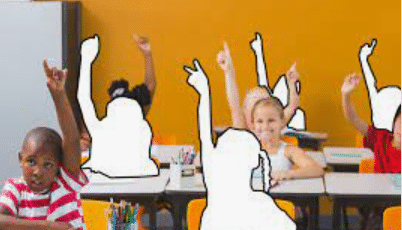 In California every school age child is required to attend school.  It
can take on many forms, but the most common is the public school
system.  One of the most persistent problems in public education beyond
satisfactory performance for school age children is unexcused absences.
Truancy, or as defined by California law as missing 30 minutes of class
time for three days without an excuse, or missing more than 10% of class
time during the course of the year.  In 2010, then Attorney General ,
Kamala Harris, recognized, will wonders never cease, a long standing
problem in the State’s public schools, that of chronic absenteeism
costing schools billions of dollars in funding each and every year.  The
problem became so bad that nearly 755,000 unexcused absences occurred in
2018 through out the state.  While money lost to public schools may have
been the catalyst for a move to hold parents and guardians responsible
for this problem, unfortunately this has done little to stem the tide.

Truancy has many pointing fingers at the schools system itself, a
problem of their own creation some would say, but there are many other
factors involved.  Aside from lack of the child in his or her desk ready
and willing to learn, there has to be some adults in the room making
sure the child goes to school and once there remains because they want
to be there.  It is well recognized that those that choose not to go or
leave during the course of the school day are far more likely to become
involved in either drugs or crime.  60% of juvenile crime occurs between
8 am and 3 pm during week days, school hours for most districts.  Crime
and drugs are no substitute for an education.  Many school districts in
California have up to a 30% truancy rate, yet rarely has any serious
effort been made by either parents or the school district to change the
dynamic.

Locally, the school district claims a chronic truancy rate at just over
5%, yet none of the district’s school can report much over a 50% fully
attended children for the school year.  Native Americans and the
district’s Latino population seem to have the most difficulty with
attendance.  This problem has been ongoing for decades and does not seem
to be addressed in any meaningful manner.  While the local school
district hides behind prepandemic attendance numbers, the district’s
over all population has declined sharply over the past two years.
Couple that with significant numbers of unexcused absences has created
considerable concern over what will happen when average daily attendance
for state funding will resume.

The elephant in the room is not necessarily loss of funding, but the
loss of seat time in public schools, where a child’s education takes a
large step backwards.  Some district’s within the state have resorted to
GPS tracking for chronic offenders, while others have resorted to
increased pressure on parents to insure that children attend school.
These measure may achieve some success, but a child will continue to
miss school if they are not engaged by the school’s classroom, and
parents willing to encourage their children on the importance of a good
education.  But perhaps as has been revealed by on-line-learning,
schools no longer provide a good education in many school classrooms…
At some point, educators should perhaps look within as a starting point
for correcting this particular issue.  Children normally do not avoid
things that appeal to them….