Update on the Sewer Rate Meeting 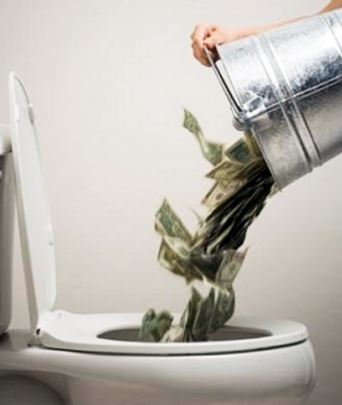 Opinion Piece By Donna Westfall – January 14, 2016 – While signature gatherers employed by the local Taxpayers Association knocked on doors and stood at the water company, and sat at a table at Safeway collecting 9 out of 10 signatures to protest the sewer rate increase; attendance at the sewer plant was dismal by the public…maybe a dozen people from the public showed up at the sewer plant, Wednesday night at 6 pm.

However, it was very well attended by City government employees.

On the County side, only Supervisor First District, Roger Gitlin, attended even though 60% of the ratepayers live in the County.

What does the poor public attendance mean? Could it mean that people of the public aren’t interested? Does it mean that people want to see changes to their sewer rates? It certainly does.  They want their rates to go down and in some cases it will for a while. But not in all cases.  Matter of fact, 50% or better will see rate increases if the City is to be trusted with their figures.  And, since I don’t trust the city, that 50% figure is just fiction to me until they prove it.

On the other hand, those who will be hardest hit, the majority of the residential owners and the businesses in our town cannot afford another increase. A 20% increase is dramatic in this area.

I’m not going to spend time speculating on why public attendance was so poor.  Instead let me describe my experience, which pretty much sums up how I was treated last night was no different that how I was treated while on the city council.

The main purpose for raising the sewer rates in the first place was in order to repay an obscenely large loan – $43.8 million for the upgrade and expansion of the sewer system.

In the meeting, the emphasis was on explaining consumption based rates.  Less emphasis was placed on the reason behind the rates – which was to repay the loan. Matter of fact, I think if no one had mentioned the loan – the City would have simply forgotten about it during the presentation.  County resident, Bill Lonsdale, asked if it wouldn’t make more sense to stay with the flat rate in order to repay the loan? The city’s emphasis was on reducing rates for the poorest segment of our community. Less emphasis was on the ever increasing rates for the remainder of the customers. Remember that increasing the rates over the last seven years helped make those poor people poorer. With rates already doubled, the rest of their customer base is pretty fed up.  Could that be the reason for the poor attendance?  The City doesn’t listen, so why bother speaking up?

The consumption based rate program was suggested to them seven years ago. It was fair and equitable. If they had used consumption based rates seven years ago, while the rates were still low, I don’t think there would have be any uproar. EXCEPT for this one thing.  They borrowed $43.8 million.  That was twice the amount our customer base could afford to repay. And that’s bottom line.

Last night when I brought up the $36 million that Eric talked about for Phase 2 at the November 14, 2014 Water Board meeting, they denied it. You should have seen City Manager, Gene Palazzo’s face turn beet red. Ah ha!  That was a gotcha moment if I ever saw one.  The taxpayers association is still trying to figure out how Eric’s comments were erased from the Water Board meeting video and who did the deletion. The fact of the matter is simply this.  $43.8 million plus $36 million equals $80 million. Who is going to pay for that?

When I spoke up about other ways to repay the loan, City Manager, Gene Palazzo, didn’t want me to go there because it is past history. He didn’t want me to relate that the city council of 2008-2009 censured me, removed me from all committees and wouldn’t allow me to talk to sub contractors.  They only lifted the censure after the sewer plant was finished. My allegations of graft, fraud and corruption were halted in ’08-’09, and here they were trying to suppress me again in a public meeting.  Some things just never change. Maybe when Judge Follett is recalled and a new City Manager is hired then things will change. I won’t hold my breath.

Other ways to repay the loan included investigating graft, fraud and corruption and making those responsible pay through restitution and asset forfeiture.

I had a moment where I was trying to collect my thoughts and get past a senior moment because my brain was no longer engaged due to long hours of training people on collecting the proper signature so we don’t lose this time, collating and tabulating protest signatures into the excel spreadsheet, working with a volunteer secretary to call up and get account numbers so the city can’t cheat us another time and processing protest signatures by turning them into the City the same or next day. Fortunately, I finally remembered some but not all of the things I came to say.

The things I forgot to say in last nights meeting was about the destruction of documents, reports and videos of council meetings by the City.

One thought on “Update on the Sewer Rate Meeting”