VICTORY FOR VETERANS: THE NATIONAL PERSONNEL RECORDS BUREAUCRATS BACK AT WORK 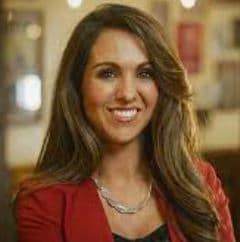 Congresswoman Lauren Boebert stated, “It is inexcusable that some of our veterans were unable to get medical treatment for more than a year and a half because Biden’s bureaucrats were sitting at home on the couch while the rest of America was working. It should shock no one that now that these public servants are back in the office, actual work is being done, the backlog is being significantly reduced, and our nation’s heroes are now getting the official records they need for benefits from a government agency in a timelier manner. While this is welcome news, it shouldn’t have taken multiple oversight efforts by Members of Congress to get federal employees back to work and to do their jobs. America’s veterans deserve better!”

Congresswoman Lauren Boebert sent two letters (available here and here) to the National Personnel Records Center requesting that it return to in-person work. Additionally, Congresswoman Boebert cosponsored the RECORDS Act to mandate that staff return to appropriate levels of in-person work to reduce unacceptable backlogs. The National Archivist of the United States responded to Congresswoman Boebert’s congressional oversight effort stating, “Since directing all staff to return for on-site work in March of this year, NPRC has reduced its overall backlog from 603,000 to 437,000 requests.”

Prior to Congresswoman Boebert’s oversight, some requests at the National Personnel Records Center took up to 18 months to fulfill. This unacceptable wait time was devastating for veterans who needed their personnel files in order to receive medical care, access the benefits they earned, or receive replacement medals they earned.