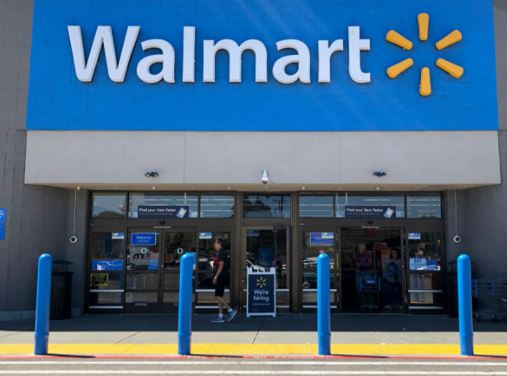 I am sure most people in their life times have entered the doors of
their local Walmart and opened their wallets to make a purchase.  I know
I have and I suspect many of those that read this piece can say the
same.  While I am not a particularly well educated business person, I do
recognize a business formula that seems to work.  While I was not
surprised when I read the bit on the internet “Walmart vs. Morons”, I
can’t say I was overjoyed by the unfavorable comparison of Walmart to
the Federal Government, or that of most State Governments in this
Country on matters of economy.  Most in this Country seem to be
accepting of the regular failures of most governing bodies, and do not
seem to be inclined to do much about it.  “Walmart vs. Morons” exposes a
dereliction of trust that most governing bodies are guilty of for
literally their entire existence.

While preparing for a radio broadcast on KFUG some time ago, I caught
the comments of the station’s manager, Paul Critz, that went along the
lines of, ” I can’t understand why people do not like the government.
If it was my preference we would have more.”  I remember at the time
thinking for a supposedly educated adult, what an incredibly foolish
thing to say, particularly on air.  As pointed out in “Walmart vs.
Morons”, our Federal government has not been very careful with the
people’s money, with programs and edifices like the Post Office which
make a mockery of small and limited government.

History is rife with big government countries that have failed in
spectacular fashion, mainly because of a large and unwieldy governing
body.  Most cases were because of the inability of those governments to
manage their resources and money, something that might just be learned
from Walmart’s business model.  As our current administration has come
into office with its progressive agenda, it should be clear from past
and current history’s of countries trying and failing to be successful
using this model. Has our education system failed the people in this
country so badly that they no longer know of such regular failures?
How long will our country’s citizens tolerate something that clearly
does not work?

Keep in mind, there are other countries that already have used this
model and likely would welcome today’s progressives with open arms, yet
I do not see any rush to experience North Korea’s workers paradise by
America’s progressives.  I wonder why that is?  Could it be that our
current government has not learned the lessons of the past, or is it the
arrogance of those that think they can make some thing work that has no
chance?  I once listened to something that was said to me that once the
damage has been done politically, the road to recovery is often much
more difficult and painful than the ease in which the Country slid off
into the ditch.  Must we in this Country learn to our detriment, this
well traveled failure in this Country?  It seems we must and repeat as
another of history’s Progressive failures.

2 thoughts on “Walmart vs Morons”