Skip to content
Food & Drink This Weeks News Your Health

Water Consumption. How important is it? 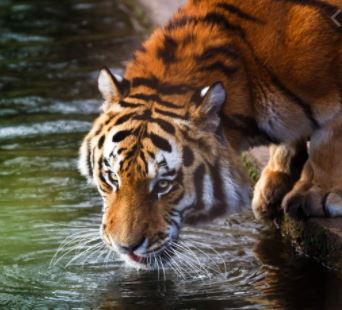 You’ve heard of dehydration; a lack of enough water to carry out normal bodily functions. But did you know that even mild dehydration can create problems? You will walk around lethargic and not know why. What’s the solution? Drink more water and/or consume more foods and beverages containing high water content.

Keep in mind that water makes up 50-70% of your body weight. How do you know if you’re drinking enough water?

There’s a simple equation: Take your weight. Divide it in half. That’s the number of ounces of water you should drink on a daily basis. Let’s do this together.

So 75 ounces is the amount of water to be consumed. There are 8 ounces to a cup. 75 divided by 8 equals a little over 9 cups of water.

I was never big on drinking water. My mother believed it was bad to serve drinks with a meal. She was convinced it would slow down our digestive metabolism. As a result, I rarely drank anything. It wasn’t until becoming pregnant and having problems that my Doctor in Santa Barbara said, “Your urine is like a dead person. You have to start drinking more water.” And, I did.

I recently read that arthritis sufferers will benefit from increasing their water intake. Want to know why? Because water lubricates and cushions joints.

What else provides water besides drinking it straight? Answer: Beverages and food. Now that’s an answer I can live with.

Next question. What fruits and vegetables have the highest water content? I guessed watermelon and I was wrong. Cantaloupe and watermelon have 90% water content while CUCUMBERS are made up of 96%, followed by TOMATOES at 95% and SPINACH at 93%.

For years I had heard that drinking caffeinated coffee would cause you to become dehydrated, but that has since been debunked. There are many sources of caffeinated drinks besides coffee or tea like soda’s and chocolate milk. Ever heard of headaches that are a result of not having your morning cup of caffeine? So, drink you favorite caffeinated beverage and be thankful that you are getting your bodily water content increased.

It is true that drinking water may help you to lose weight. Why would this make a difference? Because our cells burn more efficiently when they are hydrated thus aiding weight loss. Water cleanses your body of waste and acts as an appetite suppressant. Another plus of drinking enough water, is decrease in bladder cancer. One study has linked an increase in daily water consumption with lower risk.

When is the best time to drink water? Early in the morning when your stomach is empty. Since early 2013, Crescent City stopped adding harmful fluoride (HYDROFLUSOLICIC ACID) to it’s drinking water as a result of the moratorium that was voted in. The City’s supplier would not provide a toxicology report, or reports that would prove their product was safe for all (enfants to seniors) or a listing of contaminants; and there was no one to monitor the dose. Since the removal of fluoride we were able to remove the expensive filter that took fluoride out and now use tap water in our cooking including making coffee in the morning.

To sum up, why don’t you try increasing your daily water intake this week and see if you notice any positive differences, besides spending more time in the bathroom.

One thought on “Water Consumption. How important is it?”