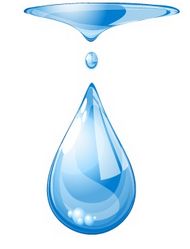 On three separate occasions in the last twenty years, voters have gone
to the polls and approved billions of dollars in spending to improve our
current water problems in California.  This money, much of it spent on
things that have done just the opposite, continues to be misspent.
Billions of dollars on “feel good” restoration projects spent from those
pools of money, but not a single new water storage site in thirty
years.  In the sixties when it was recognized that California was
rapidly out growing its useful water supplies, the State had the sense
to construct enough water storage ample for the needs of its twenty
million citizens. California has grown to just short of twice that
number and Democratic leadership in the State have done nothing to
increase the availability of more water for the State’s residents.

A recent resignation by one of Governor “empty suit” Newson’s man in
charge of all things “water” gave a rather illuminating view of what
three years of Newsom’s policies haven’t accomplished for Californians
and the need for more water.  It would appear that “Climate Change”
Newsom’s sole tool in his toolbox to fix the problem is “water
conservation”.  He, in fact, was called on the carpet by his departing
“water czar” for not closing the spigot even more in the name of “the
environment” and “climate change”. The basic concept of storing water
while there is plenty seems to be lost on Sacramento leadership.  Waters
from California rivers are to be left unimpeded in their flight to the
Pacific Ocean.

We here locally are in the process of seeing this absurd policy play out
first hand with the destruction of four water reservoirs on the Klamath
river.  Similar activities are being undertaken on other California
rivers.  A proposal to desalinate ocean water in the San Diego area has
been shelved for you guessed it, environmental reasons.  In the mean
time, Californians are being asked to conserve, stop watering lawns,
wash cars, take shorter showers, and only “flush once”.  Not a single
word about the billions of dollars approved by California voters to
improve and increase water storage in the State.  True leadership from
Newsom.  Aren’t you happy now that this clown remains in office
Democrats of California?

Every summer it is hot and dry in much of California.  Drought is always
a possibility for much of the State.  It has and always will be prudent
policy to keep those basic details in mind when planning for the water
needs of California’s citizens, something Sacramento and our governor
have failed to account for despite billions in funding provided by tax
payers to correct that particular deficiency.  Instead we have Climate
Change Obsession, abysmal forest and grassland maintenance, and no
pretense of supplying sufficient water during summer months.  It is this
and many other Newsom policies that have failed Californians for the
past four years.

Most folks would agree that water is a fairly essential part of life for
a human being.  The fact that wars have been fought over water sources
is a pretty good indicator of its importance.  The question must be
asked of Sacramento, “why is this simple concept of insufficient water
in the State being ignored in the face of things that are completely
irrelevant to basic needs for human life?”  This unfortunately seems to
be a repeating scenario at all levels of government in the State,
including here at our local level.  Basic needs ignored, and life made
unaffordable, such that those in government can be made to feel
important with things that do not matter to most of us in the State, or
even here in Del Norte County.

One thought on “Water, Water, Where Art Thou?”