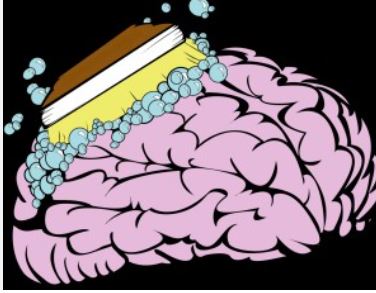 “What am I about to read? Why do I need to read it? How will it make my life better?”

Greetings class!  Once again, I will be delving into the area of psychology, but in an ongoing investigation into some of the elements used in the previous chapter’s topic, brainwashing. This investigation is not only about tools used for mental manipulation, but also elements of our thinking that prevent us from seeing reality clearly, understanding why things happen the way they do, and keeping us from learning and growing throughout a healthy life.

Group one will be ones that are at the core of “critical thinking,” a topic in and of itself: Fallacies of Logic – or ‘logical fallacies. The first two of these are:

There are several ‘types of ad hominem fallacies such as abusive, circumstantial, guilt by association and Tu Quoque. As you read through these see if you can identify when, where and by whom you may have encountered people using this tactic to convenience you of something. OR, if YOU have used this method to substantiate one of your beliefs not knowing that it was/is “illogical?”  Most importantly see if you can site any examples of this or any of the many, many fallacies in advertising!  Trust me, they are there!

Next will be the Strawman Argument.

“Of the many types of logical fallacies, the straw man fallacy is particularly common in political debates and in discussions over controversial topics. The basic structure of the argument consists of Person A making a claim, Person B creating a distorted version of the claim (the “straw man”), and then Person B attacking this distorted version in order to refute Person A’s original assertion.”

This type, as mentioned, is VERY common and you will easily recognize how you and others frequently use it. While it can be found in pre-school children it frequently grows far larger in schools where critical thinking, and the fundamentals of ‘LOGIC’ are not taught unless they create disciplinary problems.

As you read through the examples of each logical fallacy you will encounter that many are closely related to other ‘types’ of fallacies. They may seem confusing at first but after you read through enough examples you will catch the subtle differences and how each type is considered distinct. It will only take a couple of these examples to open your eyes and check your way of thinking as well as ‘fine tune’ how you relate to others and how others relate to you with your newfound insights.

Enjoy your exploration of these topics and feel free to comment. Next up will be Appeal to Ignorance and False Dilemma.