What do I need to know about Science…#4 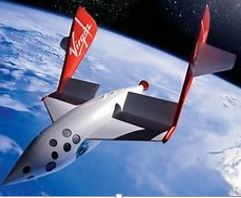 What am I about to read? Why do I need to read it? How will it make my life better?

Greetings!  Took some time off last week so I could get ready for a week of rain!  Last time I promised a look at the three leading private space enterprises in America today in order of their being founded: Blue Origin, SpaceX, and Virgin Galactic.

BLUE ORIGIN.  Long before Jeff Bezos was in high school, and dreamed of building space hotels, man had stepped on the moon. Many decades before and after that event “2001 a Space Odyssey,” Star Trek(s), Star Wars, Battle Star Galactica, and many more movies had graced TV and the silver screen, Bezos realized he had the money from starting Amazon in 1996 to start building his dream in 2000. He was one of the first to recognize the waste and need for reusable launch vehicles. It was the successful flights of the Space Shuttle program that proved the cost savings.

In the last 20 years he has made over 21 attempts at vehicle development with only 1 and ½ event failures. Neither involved full vehicles. His approach is slow and methodical with the goal of being a part of exploration of the solar system. His headquarters is in Kent, WA, and the LLC employs @2,500 people as of 2019. The company has collaborations with NASA, The United Launch Alliance, and the US military. While most of the payloads for their flights have been for research, they are rapidly approaching flight crew capability.

SPACEX.  Buckle up for a ride with Elon Musk. His ‘career’ has had many twists and turns to arrive at SpaceX. Starting out with being inquisitive, intelligent (155 IQ ! ) and full of boundless energy, he got his start during the ‘internet boom’ of the late 1990’s. With several degrees (economics and the hard sciences e.g., physics), a few internships in Silicon Valley his first eventual, notable, mark was to co-found PayPal. Being a multi-tasker his ultimate life goals have always been space related. Many of the side projects such as Tesla, Solar City, Nuralink, The Boring Company, Hyperloop, and Open AI have been off shoots of his aim to take man to Mars.

SpaceX grew quickly from 2005 and 160 employees to over 8,000 in 2020. PayPal today employs almost 22,000 from 1996; Tesla, almost 78,000 since 2003; Solar City, at last count, @15,000; Hyperloop, the Boring Company, Nuralink and Open AI many thousands more. Elon Musk became the wealthiest man in the world after topping Jeff Bezos of Amazon.  SpaceX and its Dragon capsule returned Americans, from American soil to the ISS in 2020 after the retirement of the Space Shuttle.

VIRGIN GALACTIC.  Sir Richard Branson has always had his head in the clouds. From early flights in balloons to starting the Virgin Group and Virgin Airlines. His motivation is to share the experience of being high above the Earth with as many people as possible.  He has built the first space port, “Spaceport America.”

Branson teamed up with Burt Rutan and Scaled Composites for his space craft successfully winning the X-Prize. Currently they are engaged with the European rocket company Arianespace, Bigelow Aerospace, Blue Origin, Northrop Grumman, SpaceX, and others. Nothing is off limits for Branson’s desire to get people from here to there (including the moon) by using space.

As mentioned at the beginning of this article, there are many efforts by many people and countries around the world. These are just 3 people in America. There will always be room for more. These individuals have had the belief in themselves, their ideas, their dreams, and skills, to change the world. It is said that success is when preparation meets opportunity.

Next time, before we explore the newest addition to our military applications via Space Force we will explore a few of the things that have happened thanks to the space program (re: “spinoffs”) and some of the potentials awaiting our further development and exploration beyond our tiny blue-green marble in space.