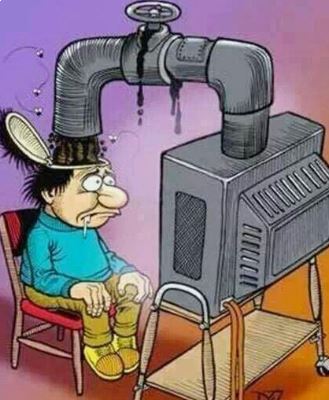 As a favorite rock band of mine’s title says:

Welcome back my Friends to the show that never ends !!

“What am I about to read? Why do I need to read it? How will it make my life better?”

I will be finishing up this editorial series titled:

Welcome to chapter 5 on ‘brainwashing.’

As I promised this is the last and final part where we will be addressing how the human mind has been compromised and the factors that have been involved.  There first needs to be some presumptions addressed.  For the purposes of this article, I am going to briefly explore some early childhood development – of a healthy human being with a healthy normal brain. There are no birth defects, or mental abnormalities. Throughout we are talking about a clean slate.  The awareness of the world in which the individual / society happens at the first gasp of air that fills the lungs.

The human body is born with several ‘elements’ that begin to shape the thinking processes. There is a network of nervous systems that also play an integral part of the development process as well. In the references I have provided several KEYWORDS and links you can research further at your leisure to any depth you wish.

As I believe earlier, I mentioned the human infant is made aware of deception as early as age 2 with a simple game of “peek-a-boo” but if you look it up actual biased thinking happens around the ages of 4-6.

In those early formative years, the biological unit learns things like stimulus-response, about gravity, light and darkness, warm and cold, LANGUAGE, how to communicate with both words and body language. These are no simple tasks as we are currently attempting to develop “artificial intelligence” and finding it mind-blowingly complex. Children also do not grow up in a vacuum.  While there are primitive instincts that follow them as long as they live, there are also influences or lack of influences by their environment.  The most prominent being that of the parents (one or more), and siblings, one or more, strangers, and one of the most pervasive and influential sources of stimulation and potential bias: the television / computer / and even, the radio.

The human mind, once activated from birth is a vacuum of all stimulation / knowledge and experience. Processing can be both sequential and parallel. Digressing, most frequently in psychotherapy if someone is experiencing difficulties one of the first things any competent psychologist will do is ask about childhood experiences as well as investigate the quality of early home life. They are that important and a source of early bias. Parents and siblings can transfer an incredible amount of information and bias, with all the well-meaning intentions that can ‘compromise’ an accurate view of the world in which they will grow into.

NOW, that this can of worms has been opened I will, in a subsequent chapter expose and explore 15 of the most prominent Fallacies of Logic you should be aware of:

The most important thing to consider with these initial sources of bias and fallacies of logical thinking is – -almost all with few exceptions can be exploited to some extent, and NOT to the benefit to the individual.

Of all the words that are important to science one stands above the rest:  EUREKA !  (Latin for ‘I found it’ ) or the exclamation of discovery. Learning something you either did not know or were previously aware of is a “Eureka moment.”  Knowing that many of these happen to me and most of the population, reviewing them frequently is in my humble opinion a healthy practice. If you are encountering these terms for the first time – look at at what they mean. Like learning a new word, use it a few times and see if you can use it in your future conversations.  When you learn about these biases and fallacies look around and see if you can see others who exhibit these qualities.

Look at all your sources of information and sources where you form your view of the world and see if they if they are exploiting any of them. Once you make a few discoveries it should make you think about how they came to be, and why.  Some are simple mechanisms for conflict resolution, conflict avoidance, or more frequently tools for manipulation by you or by someone else.

To finish up the triad of human faculties that can potentially be exploited and are some of the fundamental tools we use to get through life:  Defense Mechanisms.

The Neuropolitics of Divided Societies