What is it and why have it? Society of Professional Journalists 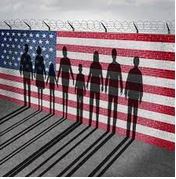 The Society of Professional Journalists (SPJ) is the nation’s most broad-based journalism organization, dedicated to encouraging the free practice of journalism and stimulating high standards of ethical behavior.

Why is it important? Because a well informed society can make better decisions and life choices given information. Hopefully honest, accurate, current and relevant information. Here’s an example. Years ago, when cigarette smoking was endorsed by doctors back in the 1940’s and 1950’s, the harmful effects of smoking were not known. By 1996, Jeffrey Wigand became a household word. A man making $300,000 a year as a scientist at Brown & Williamson trying to reduce the harmful effects of cigarettes. Reluctantly he became a whistleblower because he learned that his employers knew about the harmful effects of smoking cigarettes. Plus they were producing a product that blended chemicals to increase the effects of nicotine which led to addiction.

Let’s turn our attention to what’s happening these days. Are our 1st Amendment rights being revoked?

For example. Remember when mainstream media wrote about and chastised former President Trump over the conditions of illegal immigrants being kept in cages?

Let’s turn our attention to where Biden has taken us in the last 60+ days.

Senate Republicans now accuse Biden of breaking federal budget law when he halted construction. This led to a border surge in illegal crossings. A letter was sent to the Government Accountability Office (GAO) requesting an investigation. Apparently Biden may have violated an act from 1974 that forbids the executive branch from refusing to spend money already appropriated by Congress. It’s alleged that Biden’s first acts as President on January 20, 2021 was to suspend work on the border wall and freeze funding.

That resulted in a surge of illegal migrants Now what else has Biden accomplished?

Both Democratic and Republican lawmakers have called on President Joe Biden’s administration to allow journalists into facilities housing unaccompanied migrant children who have sought asylum at the U.S.-Mexico border. The Biden administration has tried for weeks to keep the public from seeing images of immigrant children in U.S. custody.

As of March 22nd, the US government has more than 15,000 illegal migrant children in it’s custody. It’s reported that they left behind their friends, parents and family and traveled for weeks or months to get here.

SPJ urged the Department of Homeland Security to reverse its position on blocking media access to border facilities Tuesday. “[Biden] promised both a more humane approach to immigration and more transparency than his predecessor. His administration’s refusal to let journalists fully observe and assess the growing humanitarian crisis at the border involving unaccompanied migrant children shows he is failing on both promises,”

Saying that Biden has infuriated some of his supporters is like comparing it to a grain of sand on a beach. American’s across the nation are fed-up with our own citizen’s being treated as 2nd and 3rd rate citizens. Vet’s living in cardboard boxes. No problem. Children hungry, dirty in our streets. No problem. Inadequate health care for our citizens. No problem. Public Schools closed. No problem. Biden has been bending over backwards to accommodate illegal migrants even to the point of spending millions to house them in hotels. The question has to be asked. Why isn’t that amount of money being spent on our citizens first? It seems that American’s don’t come first any more.

Tae D. Johnson, acting director of the Immigration and Customs Enforcement (ICE), which was involved in the agreement, released the following statement:

“U.S. Immigration and Customs Enforcement (ICE) has signed a short-term contract with the non-profit division of Endeavors to provide temporary shelter and processing services for families who have not been expelled and are therefore placed in immigration proceedings for their removal from the United States.

“The $86.9 million contract provides 1,239 beds and other necessary services. The families will receive a comprehensive health assessment that includes COVID-19 testing.”

How does that sit with you? Are you in agreement with Biden’s “softer approach and more transparency” than Trump’s administration on illegal immigration? Are you aware that upwards of 100,000 migrants were detained at the US-Mexico border in February of this year?

Does Biden now understand the folly of his ways? On March 16th he tells migrants NOT TO COME TO THE US. Are we going to see more and more back pedaling out of Biden?

More importantly, are journalists going to be allowed to have access to the border areas and detention centers? Or is the promise of “greater transparency” just one more lie from the Biden Administration in an effort to squash our 1st Amendment rights?

Donna Westfall, Editor of www.crescentcitytimes.com is a member of the Society of Professional Journalists