What is Measure Q All About? Part 1 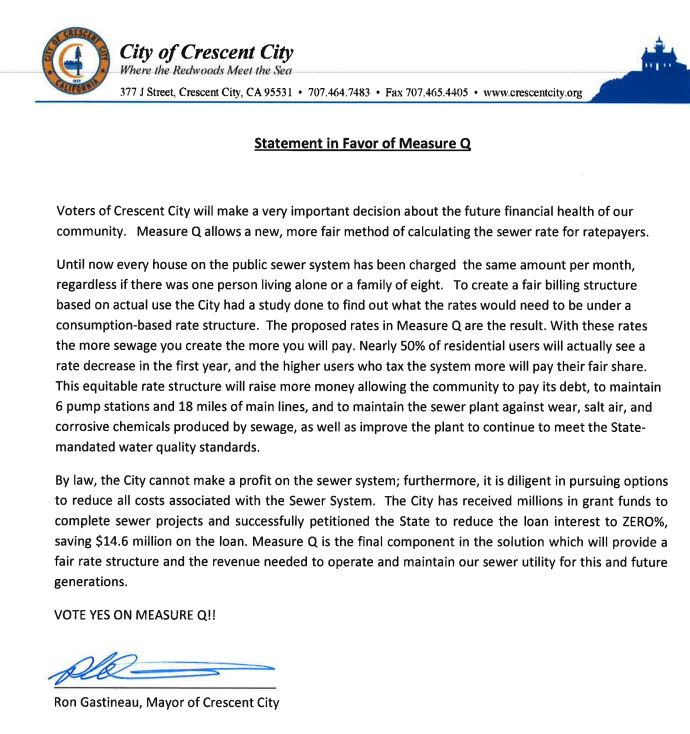 By Donna Westfall – August 9, 2016 – The controversy about sewer rates just hit a new high, or low, depending upon your position.

On the one hand, many in the public have suspected that there was outright fraud and corruption taking place on the bid, the loan and the upgrading and expansion of the wastewater treatment plant.

On the other hand, many in government sought ways and means to curtail the investigation of the suspected fraud, etc., etc., etc, through a device, a legal maneuver, called “Censure.” In our fair city, the censure policy does not have an investigation component.  Any three or four council members can gang up on one asking the questions and duct tape their mouth so to speak.

Keeping this in mind, let’s now look at the arguments for and against Measure Q.