What was it? Insurrection or ? 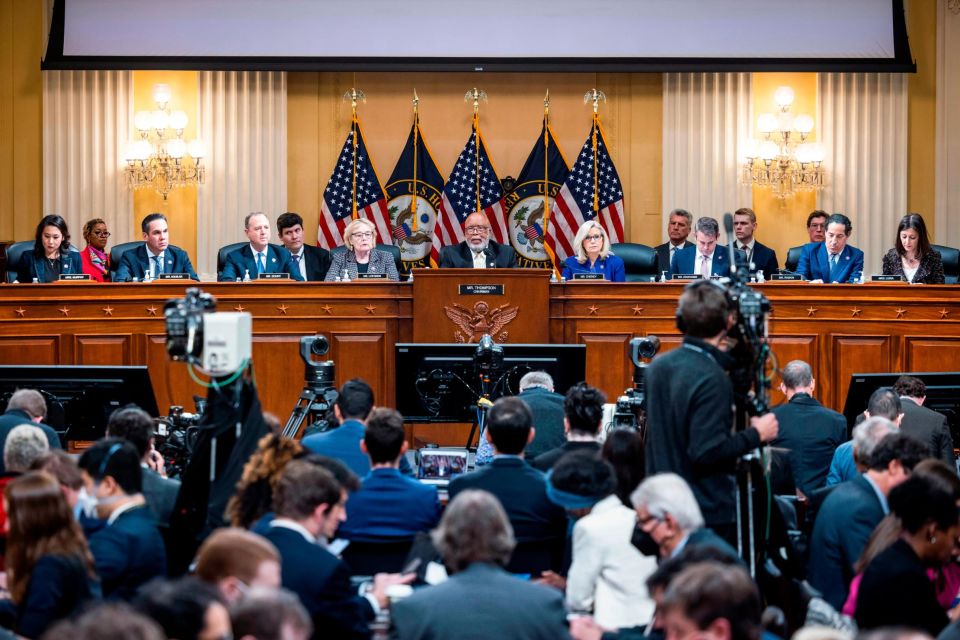 First let’s look at the definition.

An organized and usually violent act of revolt or rebellion against an established government or governing authority of a nation-state or other political entity by a group of its citizens or subjects; also, any act of engaging in such a revolt. An insurrection may facilitate or bring about a revolution, which is a radical change in the form of government or political system of a state, and it may be initiated or provoked by an act of sedition, which is an incitement to revolt or rebellion.

More than 2,000 rioters entered the capitol building the morning of January 6, 2020. The purpose: Stop the electoral college vote confirming Joe Biden as the next president.

Five people died that day. Three from natural causes. One from a drug overdose and one was shot; Ashli Babbitt an unarmed woman by a Capitol policeman; Lt. Michael Byrd.

Eighteen months after establishing the “committee” the panel recommends criminal charges be brought against Trump.

Let’s just look at the riots and protests in 2020 due to the George Floyd murder and then run a comparison with a couple of side stories.

May 25, 2020: In Minneapolis, Minnesota a 46 year old, 6′ 4″ Black man was shopping at CUP FOODS convenience store purchasing a pack of cigarettes and paid for it with a suspected counterfeit $20 bill. The clerk called 911. Within a half hour, police arrived, handcuffed George Floyd, had him on the ground and a 44 year old, 5′ 9″ White policeman, Derek Chauvin, pressed his knee on Floyds neck for over eight minutes and killed the man by asphyxiation.

Police Brutality and racial injustice rang out. Protests started and not just across the nation, but also in other countries. Let’s look at the numbers and the costs/damage.

From Wikipedia: “The violence by early June 2020 had resulted in two deaths, 604 arrests, an estimated $550 million in property damage to 1,500 locations, making the Minneapolis–Saint Paul events alone the second-most destructive period of local unrest in United States history, after the 1992 Los Angeles riots.” That goes to the Rodney King arrest.

Before the Rodney King riots, I was living in Los Angeles when the Watts riots began on my birthday, August 11th. The year 1965. It started because an African-American man, allegedly intoxicated was stopped by a White policeman. It devolved into anger over unemployment and police brutality. The riots lasted 6 days, The ensuing struggle during his arrest sparked off 6 days of rioting, resulting in 34 deaths, over 1,000 injuries, nearly 4,000 arrests, and the destruction of property valued at $40 million. Nearly 14,000 members of the California Army National Guard helped suppress the disturbance

The community of Watts has never fully recovered to this day.

Back to the Floyd protests/riots:

From insurancebusiness mag.com: “While the protests, which occurred in 140 US cities over the spring, were mostly peaceful, the arson, vandalism and looting that did occur will cost the industry at least $1 billion to $2 billion in claims, according to Axios.” Sep 18, 2020

Can we dare to compare:

$2.7 million damage to the capitol to the $27 million paid out to the George Floyd family, or

$2.7 million damage to the capitol to the $23 million in damages and lost customers in Downtown Portland due to the George Floyd riots, or

$2.7 million damage to the capitol to $1-2 BILLION in claims due to the George Floyd riots?

Once more, back to George Floyd and Black Lives Matter. Somewhere between 15 and 26 million people took part in protests across America according to research conducted by the Crowd Sourcing Consortium and reported by the HARVARD Kennedy School, CARR CENTER for Human Rights Policy. Between May 26 and July 3, 2020 over 140 protests per day across America took place, the majority peaceful.

Minneapolis-Saint Paul metropolitan area: Nearly 1500 locations suffered some type of property damage during the riots, such as by fire, looting, smashed windows or doors, graffiti, ransacking, or other forms of vandalism.

Portland, Oregon: Downtown businesses sustained about $23 million in damages and lost customers because of violent nightly protests that have brought the city to its knees. Deputy Chief Chris Davis made the distinction that Black Lives Matter were not violent, It was a smaller group of people he called “agitators” that jumped on the George Floyd bandwagon as a cover for their criminal activity.

While the majority of American’s supported BLM initially, within a year and a half of Floyds death their support was declining.

End of 2020 – BLM takes in $60 million in their bank accounts following Floyds death. No tax returns are filed.

June, 2021 – Co-founder of BLM, Patrisse Cullors resigns amid scrutiny of her growing $3.2 million property empire. In addition, BLM includes not just injustice by police against blacks, but also against TRANS blacks. Cullors apparently is a lesbian and active in the LGBT rights. In 2016 she married Janaya Khan, co-founder of BLM Toronto. April 2022, the couple are no longer together..

May, 2022 – IRS tax filings for 2020 list millions of dollars paid to entities controlled by relatives and close associates of then-Executive Director and co-founder Patrisse Cullors. They show that the “non-profit” took in $76,872,002 in fiscal 2020, mainly in donations from corporate backers and individuals, and paid out $25,997,945 in grants to other non-profits and contractors.

Let’s sidestep for a moment about injustice. As anti-semitism is on the rise for a change. I’d like to point out that biblically, I was taught to love the sinner, hate the sin. Homosexuality in Leviticus, “a man shall not lie with a man as with a woman. It is an abomination. They should both be put to death.” Now Christian-Judeo teachings are referred to in many camps as “right wing” as Jews for a Secular Democracy contributor Lincoln Dow writes Why “Judeo-Christian” Values are Problematic. One excerpt, “drawn from the wisdom of the Bible and the Judeo-Christian ethic.”

“Under this guise of Judeo-Christian values, Focus On The Family (FOTF) opposes same-sex marriage and LGBTQ equality, staunchly lobbies against abortion and reproductive freedom, and promotes creationism and abstinence-only sex education. In seeking to build political support for these policies, FOTF uses the term Judeo-Christian to insinuate that their positions enjoy support from Christians of all denominations and Jews, but in fact, polling indicates that American Jews are overwhelmingly socially progressive.”

Lincoln Dow describes himself: “Jewish by heritage, an atheist and a humanist, and proud to be a part of Society for Humanistic Judaism.

Explain to me how those who believe in God and the Bible can justify Lincoln Dow’s rational?

Do I believe that Biden won the Presidency illegally?

Do I condone rushing the capitol building?

Do I think the January 6th Committee was biased from day one?

The panel had nine members: seven Democrats and two Republicans (Liz Cheney and Adam Kinzinger, both censured by the Republican National Committee)  all appointed by House Speaker Nancy Pelosi. She previously rejected several GOP members originally selected for the panel by House Minority Leader Kevin McCarthy — Rep. Jim Banks of Indiana and Rep. Jim Jordan of Ohio — citing “statements and actions” made by the pair that she felt would “impact the integrity of the committee.” Both Banks and Jordan had publicly expressed concerns over the panel itself.

In essence all 9 were anti-Trump. The outcome was predetermined. Charge Trump. That’s what we call stacking the deck. Other terms that come to mind: rigged, set-up, and frame.

Our nation continues to deteriorate under Biden as President.

Was January 6th truly an insurrection? I don’t think so. An insurrection implies an armed uprising. The only thing those rioters were armed with were cell phones. When the day comes that cell phones are deadly, can shoot bullets or taser someone, then you can call it an insurrection.

Here the list of members of the January 6th Committee:

One thought on “What was it? Insurrection or ?”