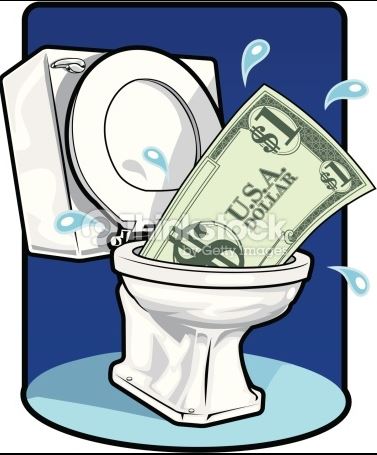 How can we trust our government officials when they repeat the same stupid mistakes ….that cost (us) taxpayer’s money?

In January 2019, the local tax association had under NEW BUSINESS the issue of a $160,000+ penalty for a contract Heather Snow, Director of Health & Human Resources negotiated with Matt Fearing to rent space on 2nd Street for the Alcohol and Drug Program (AOD). After 2 years, they moved out.

Here’s the problem. It was a 10 year contract. There was no ESCAPE CLAUSE. What’s an escape clause: “a clause in a contract that specifies the conditions under which one party can be freed from an obligation.” In this case, former County Counsel, Elizabeth Cable was blamed for the oversight. What was done? They were able to knock that amount in half. But still $80,000 is a big lump to swallow when it’s taxpayer’s money.

So, guess what the current Del Norte County Board of Supervisor’s did this past Tuesday, March 9th? They approved a new 10 year contract for Child Support Department (a contract worth about $350,000) WITHOUT AN ESCAPE CLAUSE.

Don’t blame 5th District Supervisor, Bob Berkowitz because he voted NO. Who to blame for not doing their homework:

The vote 4-1. The new contract was approved.

This is insane. And you know the definition of insanity don’t you? It’s doing the same thing and expecting different results. Samuel Strait has reported on the contracts offered in crescentcitytimes.com. He has a side-by-side comparison between TAB, the current landlord for 25 years; and Kevin Hartwick’s North Plaza Professionals the soon to be new landlord.

Check it out and then tell me which makes more sense.

One thought on “What’s an escape clause?”