What’s to happen with government pensions? 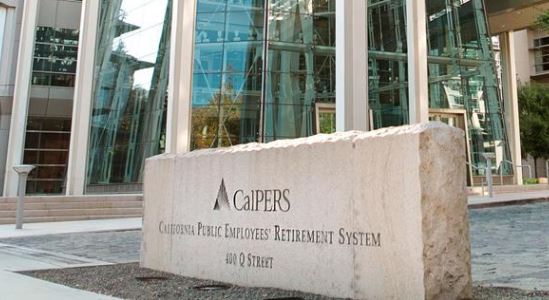 77 years ago today, the Japanese bombed Pearl Harbor and the USA entered World War II. Today, we watch as our country is divided by political correctness, the rule of law being attacked, lack of civility and increasing factions. Some wonder if we’re heading into another civil war.

There’s still a lot right with our country, but many things that are going downhill.  California’s public education system is in the toilet. Parents that don’t involve themselves in their children’s education or even realize the importance of a good education are part of the problem. Going to Common Core is part of the problem. Stupid children will inevitably become stupid adults.  Multi-generaltional welfare further decreases productive people who instead of getting a hand up temporarily have felt entitled to a handout one generation after another.  Then there are unions that have become so powerful as to drive our society to the brink of bankruptcy.  Not just with public education but also negotiating for the benefit of government employees for increases in salary and benefits.

Are we now in the land of experiencing first hand the law of diminishing returns? Has the need for unions become passe?

It’s a simple case of mathematics.  California’s biggest public retirement fund is called the California Public Employees’ Retirement System or CalPERS formed in 1932 when private sector pensions were rare.  It has generally relied on a rate of return of 7.5%.  Unfortunately, in June of 2016, that rate of return for the year ended June 30th was just 0.61%.

What exactly does that mean?

For those that worked decades in government jobs, believing that their government retirement was a safety net that couldn’t be touched; they are in for a rude awakening.  Now they could see their retirement benefits decline.

When we wrote about the bribery scandal of Villalobos in January 16, 2015, CalPERS had 298 billion dollars of assets.  In 2016,  it was up to $295.1 billion.  But promised benefits exceeded funds because liabilities were $436 billion When we published Jon Copal’s  piece (he’s President of the Howard Jarvis Taxpayer’s Association) on August 2, 2018 titled “The California Legislature passes the pension buck – again,” his predictions were $3 billion a year shortfalls in CalPERS unless reforms are enacted soon.

Such was the case in the City of Stockton when they declared bankruptcy.  CalPERS insisted that the city of Stockton continue to pay into the retirement fund.  The Judge ruled that the City could have legally chosen to cut workers retirement’s.  This ruling will affect the next municipality that files for Chapter 9 bankruptcy because pensions will be up for negotiation just like any other creditor.

For those still working government jobs and monitoring the government agency contributing into CalPERS as expected returns go down, the amount local governments have to pay for pension benefits rises.

With rising pension costs to local governments, it means eating into their budget for other necessities like street repair.

There was a time when private sector employers paid higher wages with greater benefits including pensions.  But those days have drawn to an end particularly in places like Del Norte County.  People working in the government sector used to receive lower wages than in the private sector, but their retirement benefits were excellent. Retirement at age 50 or 55 was possible with nearly as much income as their salary while working.

Now with CalPERS increasing payments from municipalities, it forced cities like of Stockton and San Bernardino into bankruptcy.   It will only get worse.

California state has two laws on the books that are supposed to make government pensions sacrosanct.  However, federal bankruptcy laws trumps State laws.

Back in May, 2015, Sacramento Bee conducted an analysis of retirees on CalPERS that moved out of California in order to live in a lower tax environment or no-tax environment such as Las Vegas, Nevada or Grants Pass, Oregon. About 15% of the retirees leave the state thus creating more income in expenditures for other areas.  It’s surprising that more are not doing the same thing as the cost of living and taxes continues to increase in California.

So, what happens when unions continue to demand increases in salary and benefits and the government entity can no longer afford to pay?  This is what happens.  Layoffs.  Usually first from sectors having to do with safety.