While Dodging Simple Solutions, The DNUSD’s COC May Just Have Stepped On A Mine 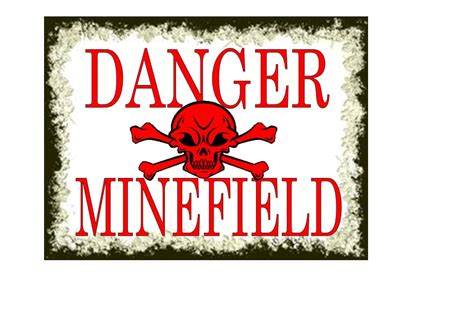 It is not often that I can drum up the interest to attend the
proceedings of the local justice system, generally dry and boring as a
whole, but I could not resist the opportunity to observe just how
justice is applied over a recent “Writ of Mandate” served on the local
school district’s Citizen’s Oversight Committee (COC). Fortunately for me, the
crushing boredom was limited to less than thirty minutes, as the board’s
COC of the 2008 school bond elected to play footsie with the justice
system and seek to delay the proceedings for another thirty days.  Of
note in the experience was that justice is no longer served up face to
face, but in a rather disconcerting almost robotic way where two thirds
of those involved were not even in the courtroom.   One of the missing
was the judge himself, speaking from somewhere in Los Angeles. Nothing
like the inability to face the opposition or the person in control of
the decision to spoil any sense that justice was served.

While the plaintiff elected to discontinue her effort to bring the out
of compliance bond measure COC into some sort of recognition that this
would be their only path to a reasonably painless resolution of their
failings with a judges ruling, the COC, as was evidenced later in a
scheduled COC meeting, was completely ignorant of the potential for even
greater disaster waiting in their future.  Somewhat like ignoring the
sign warning of a mine field directly in their path.  But Hey, can’t say
that they haven’t had plenty of additional signs that this may not end
well for them.

Back to the judicial proceedings.   It was with great relief that I
escaped the judicial proceedings in under thirty minutes, but kind of
felt let down by the ease with which the district’s COC lawyer has led
the hapless district bond COC  straight into putting their collective
heads in a very large noose.  Certainly large enough to encompass them
all.  I wondered just who had selected the lawyer for the COC and was
informed later in the day that it was the district’s decision to follow
the advice of their insurance company to retain the services and not the
COC itself. Not being sure who is protecting who at that point from
legal consequences, a query alerted me to the fact that the COC itself
has no exclusive lawyer to protect itself, but depends on the school
district to provide such services.  Clearly not the best decision on the
COC’s part going further, as it is unlikely that the issue has been put
to bed.

No one has ever admitted that the district’s COC has covered itself in
proper operating mode, nor elected to admit that its activities have
even met the audit reports of conditions out of compliance to operate
properly.  Yet it continues to operate as it everything is above board
and in compliance.  The recent issue of the writ of mandate was a rather
benign message for the COC to straighten up their act before the “real”
hammer comes down.  Had the COC’s legal team been more astute, they
would have advised the COC to allow for a judicial ruling and cleaned up
their act.  No harm, no foul.

But, No, the COC has elected to play stupid and invite all sorts of new
scrutiny into the local school district’s behavior.  Not smart.  It is
pretty well been established at the very least, that rarely has the
district’s COC been in compliance over much of its existence.  There has
been considerable concern that in the course of its dealings that
measurable fraud has been exhibited by the committee in covering years
of being out of compliance as a starting point.  Once an interest by
State Officials become a reality, who knows what will tumble out of the
years of noncompliance.   I suspect the resulting exploration will not
be particularly pleasant….particularly to some of the current
membership of the Committee who seemed to be mired in their own
ignorance…..

One thought on “While Dodging Simple Solutions, The DNUSD’s COC May Just Have Stepped On A Mine”