Who cares about Cancel Culture? 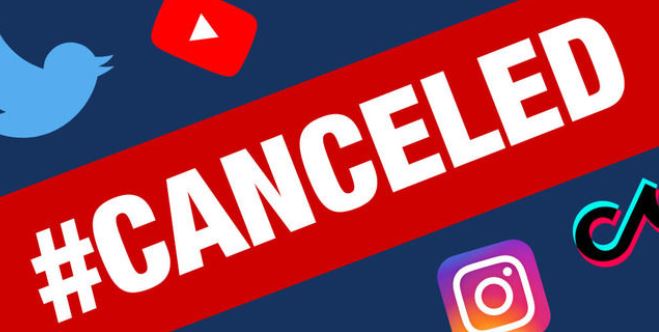 According to Dictionary.com, “Cancel Culture refers to the popular
practice of withdrawing support for (canceling) public figures and
companies after they have done or said something considered
objectionable or offensive.  [It’s} generally discussed as being
performed on social media in the form of group shaming.”

What a tidy little dictatorial load of garbage.  What has happened to
the world where we cannot even discuss things that MIGHT offend someone without resorting to some kind of junior high drama.  Adults, or rather twelve and thirteen year old’s pretending to be adults sitting behind a laptop, tablets or on their cell phone being offended over the fact that two friends wore the same outfit to the office.  My oh, my, has culture shrunk to the lowest common denominator.  What is even sadder is that people who Cancel, can’t even do it face to face, or without benefit of the mob behind them to ease their fragile egos.

As you can see I am not a fan of Cancel Culture no matter how egregious
the perceived offense may be.   It is time to grow up folks and toughen
up.  Nobody elected anyone to be the THOUGHT POLICE at least at last
check.   Words, complete sentences, whole paragraphs have yet managed to leave a bruise on any one.  Put your big girl or big boy panties on and
move into real life.  Too much time is wasted on words that become
offensive at the drop of a hat.

Please spare me the infantile argument that the other side is the guilty
party, they say the meanest things.  Aw, gee whiz.  I have heard it, I
have read it, and I have seen it for my entire life. It doesn’t take a
dictionary to define social media bullying. People can say the most
awful things, but Canceling them is even worse.  Those that bully in
this way have elected themselves and their friends to a position in life
that they will never attain. They are the smallest of human beings.  I
refuse to discuss this topic further as it demeans anyone who is
involved.   If people do not start opening their ears before their
mouths, what a world we are leaving for future generations…..
Comments anyone?