Who Is Susan Masten? 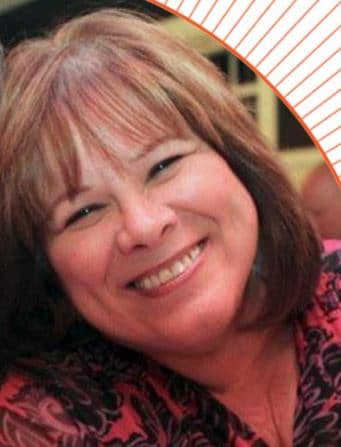 Since Susan Masten was appointed to the Del Norte Supervisor’s Board of
Trustees last week by our illustrious governor Gavin “Hair Gel” Newsom,
this has prompted a further investigation on just who it is that was
appointed.  There are the naturally glorified and magnified accounts of
her credentials to represent the fifth district in Del Norte County, yet
what really qualifies her to be the choice of her district.  In a recent
interview she seemed to be saying that the effort to get herself
appointed predated Supervisor Berkowitz’s demise, and then she elected
to take the more conventional path to the position by filling the
appropriate paperwork for candidacy in the June primary.  Unless one of
five candidates is successful with 50% plus one, a decision on who is
entitled to that position will not be made until November.  Was it
necessary for the governor to weigh in?  Was it necessary for two Yurok
Council members and a “few” others to prompt the governor with this
decision?

Long defined as an activist for the Yurok Tribe, numerous tribal
positions held under her watch, several “person of the year accolades”,
and reported “business” experience from the Steelhead Lodge, yet does
this record equate to being elevated by a governor who knows little of
the County to make this appointment?  Should he have been aware of the
candidate’s past history with drug cultivation?  Her history with
Charles “Duke” Sheehan and fraudulent lending practices?  Does she even
have a majority of the support in the community of Klamath?  Or, are a
few well placed “cheerleaders” that have gotten the governor’s attention
for a moment being the replacement for the entire electorate? Being a
Democrat?  What exactly is it?

Most of the folks when asked the question, “are you in favor of this
appointment?” are tending to be reserved.  Some think she is a “great
choice”, others are less than enthusiastic.  While establishing herself
as a “voice” for the Klamath River and its tribes, one of her pet
projects has been the “healing of the river”and the removal of four of
the six dams in the river. Further she claims, like all of the other
small communities in the County, that they are made to feel like
“orphans” when it comes to programs and services.  I suppose she doesn’t
understand that normally government services and programs in small
population centers are often meager, and funding them only reaches so
far. Klamath itself, tends to be much more incorporated with those
services due to its intimate connection to the Yurok Tribe.  Other
County communities do not have that luxury.

Granted road closures are a unique problem for the Klamath community to
have to deal with for the past year, but that was not always the case.
Ms. Masten’s appointment will be unlikely to change that dynamic.  Also
it should be noted that many of her constituents do not live in Klamath,
and those issues she seems to focus on are not issues that concern most
of her proposed district.  Will she be able to set aside her activism in
light of the fact that now her role is no longer leading but representing?

Likely we will never know the answers to these and other questions of
her suitability for this appointment.  In the mean time we will be
entertained by efforts to validate her current rise in stature to
government when she has spent most of her earlier life objecting to it,
then changing hats for the past twenty or so years to become a part of
the government on tribal councils.

2 thoughts on “Who Is Susan Masten?”