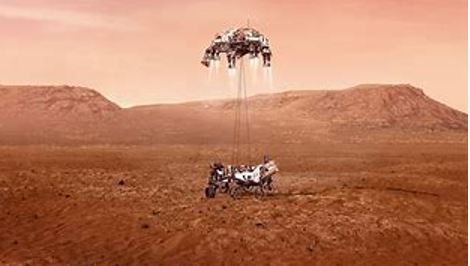 What am I about to read? Why do I need to read it? How will it make my life better?

Some of the synonyms include byproduct, offshoot, outgrowth, derivative, in short something that comes from or is created either directly or indirectly from something else. You could say you are a ‘spinoff’ of your parents. You are a spinoff from the big bang, made of star dust, and technically, you are accurate.  You are !

Before I went looking for spinoffs, I recognized many of them have ‘twisted roots.’ Hunh?  The things that were needed when we left the ground came from somewhere else. Many of them needed to be created or invented because they did not exist. There were parallel technologies that mutually supported each other in binging the gifts we take for granted from the space program. Some of those technologies and their development was the transistor, the invention of the integrated circuit, the computer and the continual miniaturization of electronics.

Before we set our sights on going into ‘outer space’ we looked at and wondered how many things we were using in our air space (used by planes to fly – because there is air, a medium through which to achieve flight) could be used outside earth’s atmosphere.

We already knew there was no air out there, so we need to take our own. Once we are up there, we will need to protect ourselves from exposure if the vehicle we are in fails (space suit). If we are going to be up there for any length of time, we will need to have water and food for energy. Because it’s tremendously hot and cold we will need serious insulation and a source of heat. To start.

Man needed to pool in all his knowledge and experience to ‘go where no one had gone before.’ The eyes of the whole world were on those daring young men in their flying machines like never before. There was no room for error, regardless of the understanding that mistakes are inevitable and there were likely sacrifices that would be made. One of the leading forces that produced spinoffs was the adage: “necessity is the mother of invention.” Going into outer space created new needs.

One of the first things people remember as being a spinoff of the new ‘space program’ was TANG, the breakfast drink, even though, while it was used, it was not developed ‘by’ the space program. However, Freeze drying began as early as 1890 by Richard Altmann became a signature of astronaut food.

Weight is a huge consideration so things needed to be made light. Because there is no gravity things fly around and do not stay where you put them. Many supposed spinoffs were developed just getting prepared for the trip.

So, let us just jump into the list of everyday things that had their beginnings by NASA or in the space program.

Firefighting equipment, etc. -A broad range of equipment developed and used in the space program was adopted by the National Institute of Standards for national firefighting. Fire resistant fabrics, special fibers that also allow astronauts to remain cool.

Water filtration All the water available after you reach outer space is what you brought with you. In whatever form it came will need to become what you need to survive. Recycling is the name of the game, including human waste.

Air Scrubbers. The Wisconsin Center for Space Automation and Robotics where Researchers, with the help of the Space Product Development Program at Marshall Space Flight Center, “When UV light hits titanium dioxide, it frees electrons that turn oxygen and moisture into charged particles that oxidize air contaminants such as volatile organic compounds, turning them into carbon dioxide and water. This air scrubber also eliminates other airborne organic compounds and neutralized bacteria, viruses, and molds. An air scrubber with light-induced oxidation can cleans air, surfaces and clothes.”  You can be sure this technology is getting plenty of use during this time of COVID19.

Memory foam (Tempur foam)– Initially used in aircraft for crash protection it is also used to help astronauts withstand the g-force of lift off and minimize fatigue.

The GPS system – has revolutionized life on this planet in countless ways. It is used by ships at sea, planes in the air, land vehicles and, of course, by every cell phone.

This is just a short list of all the things that have ‘come’ from the space program. Most of the above were causally related to ‘manned flight’ and helped support the exploration of space. There are many, many more that were directly and indirectly related to the exploitation of space.

Using satellites in orbit along with the International Space station have increased our knowledge of the planet on which we live. Satellites, look at weather patterns, studying the behavior of insects, birds, and fish, have increased crop yields, forecasted crop damage, and increased the monitoring animals, both domestic and wild.

18 February 2021, we successfully landed another rover on the planet Mars. It was not just another single spectacular event but one that had millions and millions of people and things that had to come together over the entire life of the space program.  Exploration, it’s what we do.

Please ask any questions you have. Let me know what you like, what you do not like or what you would like to know more about.