WHY DOES OUR JUDICIAL SYSTEM FAIL MISERABLY? 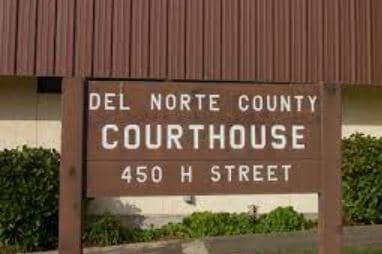 Today, during the Del Norte Superior Court Proceedings under Judge Cochran it was disturbing to see how that action works. So this is what a pre-trial assessment looks like.

However, the custody situation must have been brief because on 10-10- 21 he was arrested for PC 597(b) Cruelty to animals and obstruction resist Executive Officer and Under the influence HS11550(A).

During his trial proceeding where Judge Cochran presided a pre-sentence assessment was initiated by Chief Probation Officer Lonnie Reyman.  This person was released to his mother who resides in BROOKINGS OREGON. And, the Judge gave conditions to his residence in OREGON.

Anybody getting the picture yet? How does Del Norte County California have jurisdiction over OREGON?

He is to submit to searches at anytime, conduct sobriety test when asked, and return to Del Norte Superior Court January 13, 2022. In essence, let’s just send our criminals to Oregon wink wink.

This guy is a complete menace to society and this is why. First he is well known across the United States for his alleged  unwanted conduct and behavior, currently having 6  felonies in Indiana.

Recently, and on November 29, 2021,  he filmed himself going through our local Burger King  threatening to throw a bottle of “Piss” on the gal who took his order, because he felt the orange juice cost too much. This guy drives a van with Tennessee license plates and has been in our county for a year. Why the California Highway Patrol has not cited him for unregistered vehicle in California is unbeknownst to me.

It is alleged that Mr. White steals animals, his van, is unfit for humans or animals, and his continued threats to unsuspecting public.

What did Judge Cochran give him? Well, the proceeding was so convoluted and ambiguous to listen to but ultimately, this guy will be required to remain in Del Norte County for the next two years, and give alleged community service of 100 to 140 hours, but, White complained he was disabled due to his diagnosis of  Legg-calve perthes.

What is leg-calve perthes? A disease that is a childhood condition that occurs when the blood supply to the femoral head of the hip joint is temporarily interrupted and the bone begins to die. Uh? Guess the probation department just took this person’s word for his conditions and didn’t bother looking them up. After all, Mr. White is well over 50 and if he had the perthes disease, well maybe his leg would have fallen off by now due to gangrene or something since it is a childhood disease.  But hey, I’m not a doctor.

Del Norte County is in a lose-lose situation with this guy. Throw him in jail and we pay for his medical costs. Keep him here instead of extraditing him, we have to put up with his bi-polar, borderline personality disorder, and alleged Attention Deficit Disease that he states he has.

Yep, Crime is on the rise, and from watching our local judicial system today, we shouldn’t have to pay for property taxes. The cops can’t do their jobs and when they do the court slaps them in the face. These criminal idiots are running amuck in our community. They are the parasites of human life, and there is nothing we can do.

2 thoughts on “WHY DOES OUR JUDICIAL SYSTEM FAIL MISERABLY?”