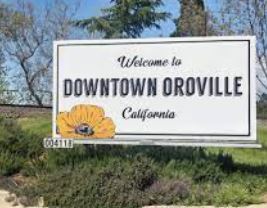 Is President Biden and California’s Governor Newsom’s mandates for masks and vax even legal?

“NO”, said the City of Oroville, a small town located in Butte County which is in the Northern part of California. It’s in the central valley north of Sacramento. Northerners are sick and tired of a lack of representation and a hot topic these days is redistricting.

The City Council voted on Resolution number 9001 to declare their city a Constitutional Republic and as such gives themselves more local control and stopping the State and federal mandates to mask up or get shots.

In a 6-1 vote, the Resolution passed in their November 2nd council meeting. Mayor Chuck Reynolds reminds the people that a mandate is not a law. Vice Mayor, Scott Thompson sent an email to Governor Newsom stating that he has been unwilling to listen to people in the north part of the state and that he believes politicians are “drunk on power.”

In a 2010 census the town had about 15,500 population. After the Paradise fire in 2018 where so many lost their homes, people relocated to Oroville pushing their population over 20,000.

Businesses have been affected by all the craziness of Newsom’s mandates through out the State. Power hungry politicians are more likely to deal with San Francsico, San Diego and Los Angeles than spend an ounce of attention to any of the towns in the Northern part of the state.

The resolution makes it clear that officers will not be blindly enforcing every mandate that gets handed down.

East Bay Times reported that a Seattle woman called to give the City Council a BIG THANK YOU. She reportedly said that her family is planning a trip to California soon and have altered their plans to make a stop in Oroville where they will “spend as much money as we can to let you know how much we support you.”

Perhaps if more and more cities approved similar resolutions, government overreach and disrespect for our constitution will stop these mandates and end the perversion of the very fabric of our country.

2 thoughts on “Why is a California City in the national spotlight over mandates?”