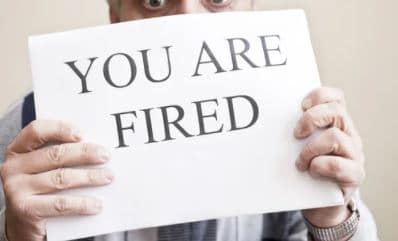 Every year, taxpayers in California pay out considerable portions of their income to the State. The citizens of California do this with the faith that the funds will be used for essential services that improve the communities that they live in. You might be shocked to learn then, that the City of Ontario, California recently spent nearly $134,000 in an attempt to fire an employee and FAILED.

Gricelda Perez worked as a civilian police records specialist for the city of Ontario until 2018 when surveillance footage surfaced that allegedly showed Perez stealing from a local convenience store. The tape was initially viewed by an officer who concluded that Perez was the perpetrator, which led to her termination. You might be wondering, so what did Perez allegedly steal that caused all this trouble? Well, it was a $2.99 energy bar.

While Perez was never formally charged for the theft, the firing remained in effect for almost 4 years. A recent California Public Records Request revealed that over that 4-year period, the city paid $120,000 in legal fees, held multiple public hearings, and committed funding to hiring a third-party arbitrator. That arbitrator, who was paid over $22,000 in combined fees from both the city and the Union, ruled that there was no just cause to terminate Perez. Despite this, it took a ruling from the Superior Court of San Bernardino for the city to reinstate Perez.

This story is an illustration of just why government transparency is so important. The officials of Ontario wasted incredible amounts of money and time, on a case that didn’t end up going anywhere. Knowing what public employees do with our taxes is the first step in forcing them to make better choices with how to spend them.

Every day at TransparentCalifornia.com, we hear stories like this, and we know that the only solution is to help get word out to people like you.

Without government transparency, Ontario, California is just one of many cities across the state that will run rampant with needless spending. It is up to everyday citizens to exercise their right to government information in order to help keep our public servants accountable.