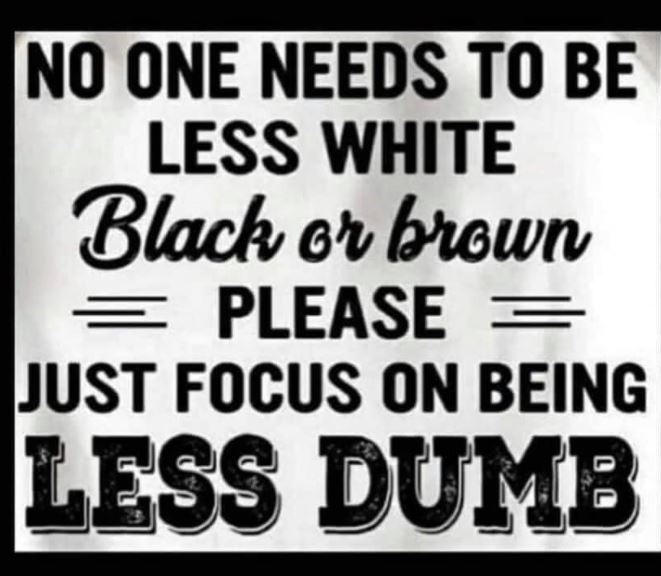 I am a staunch supporter of law and order. The motto DEFEND THE POLICE AND DEFUND MAINSTREAM MEDIA comes to mind.

In the ’80’s I worked as a temp at Raytheon in Santa Barbara, California. I enjoyed my time there. I doubt that any of the folks I worked with are still there. But I do recall that the majority were white.

I was sent this article about Greg Hayes, CEO of Raytheon promoting CRT by American Military News and it’s disturbing to say the least. Raytheon is America’s 2nd largest defense contractor. Their article describes how prominent critical race theory critic Christopher Rufo, shared documents from Raytheon. It went on to explain how Raytheon CEO, Greg Hayes, launched a campaign to promote CRT.

Now get this. They strive not for equality for for EQUITY. This is called the ‘”soft sell of communism.” Let’s look at the Declaration of Independence…. all men are created equal. That means equality under the law. Laws that seek to protect individual rights regardless of race. When you dispel the law then you get into what I call the craziness of the meat and potatoes of CRT. Forget about the success of integrating schools during the 1960’s. Let’s go back to separating the races says CRT advocates. Private property rights? Nope. CRT activists want to seize land and wealth from the rich and have a race based distribution. Didn’t something like that happen in Russia and it resulted in dismal failure? The big difference there is that it wasn’t based on Black vs White. It was the Bourgeoisie v Proletariat…. meaning rich vs poor. As I recall, in Russia, the communists took private farms and redistributed wealth. I also recall millions died due to starvation and the communist government’s stupidity. Same thing happened in China.

But communists couldn’t get a toe hold in America with Bourgeoisie vs Proletariat, but they could and can with Black vs White. Create a Department of Antiracism with the power to nullify, veto or abolish any law. According to CRT critic Christopher Rufo, you can’t just be anti-racist, you have to be anti-capitalist. When you hear about companies like Raytheon or even government agencies telling white males in their employ that they need to be re-educated because they had been socialized into oppressor roles; that white male culture was analogous to the KKK, white supremacists and mass killings. At this point I call bullshit. I think if Greg Hayes sat across from me at my table he would agree, but being he’s now CEO of the 2nd largest defense contract in America, I think he would lie through his teeth.

Who is Greg Hayes? He’s apparently a white guy who’s net worth is about $35.5 million in addition to Raytheon Technologies stock worth over $33 million. How fast do you think he would fork over his fortune for race EQUITY? In my opinion, not unless they pried it from his cold, dead hands.

Hayes is a bean counter. He earned his bachelor’s degree in Economics from Purdue University, graduating in 1982. He went on to become a certified Public Accountant.

Previous to accepting the position in June, 2021 with Raytheon, Hayes spent 21 years at United Technologies (UT), a jet manufacturing corporation. Former Raytheon CEO, Thomas Kennedy, retired on June 1st after 38 years. Kennedy worked on the merger between United Technologies (with Greg Hayes) and Raytheon. According to an article in Bloomberg this year, Kennedy abruptly departed the company 1 year after the merger. That puts up a red flag. Maybe not everything was nicey nicey in Mayberry between Hayes and Kennedy.

I don’t know about you but when I hear this CRT gobbledygook from a guy like Greg Hayes, I scratch my head and think, is this guy Greg Hays going to get special treatment (meaning contracts by such organizations as the US Department of Defense) by the alleged illegal President Biden group because he’s promoting CRT?

Now very brief background. Hayes was part of Trump’s group, American Manufacturing Council in January 2017, until resigning, in August 2017. Not surprising​. Let’s look at Hayes track record while CEO at UT. He believes in free trade. He believes in paying $3/hr to Mexican workers instead of $18/hr to American workers. Even though Trump negotiated $7 million in tax credits over 10 years for Carrier, a subsidiary of UT, to retain workers in Indiana, and not close the plant in 2016, Hayes still reduced American jobs by half, and then even more over time.

Finally, it’s hard to IMPOSSIBLE to believe that capitalist Greg Hayes would buy into communist inspired teachings such as CRT. Creating division using race is an easy emotional trigger. While the unwashed masses may slurp up the anger and buy-in to race division and spit it back out, they don’t realize that people like Greg Hayes with his fortune can relocate anyplace in the world with his nest egg and live and laugh at their expense for the rest of his life. I’m pretty sure Martin Luther King is turning over in his grave.

One thought on “Why would the 2nd largest defense contractor promote critical race theory?”