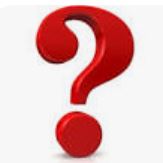 To answer the question posed by Supervisor Chris Howard, District
Three’s representative on the Del Norte Board Of Supervisors to the
question “Why” County Government does what it does, shouldn’t surprise a
great many people who live and work within the County. While Supervisor
Howard is under the illusion that he speaks for more than a small
minority of the County’s citizens, this minority does not represent the
thoughts and wishes of most that reside here once fully informed of just
what the government has encumbered them with.  The issues he claims the
County has failed to address are of long standing, and will continue to
exist no matter how many people the County employs to address them, nor
how much money it expends to employ the additions to the work force. The
issues will remain as long as County Government listens to only the few
and does not listen to the many.

Over the course of the last five decades County government has expanded
to become unrecognizable, yet core issues remain, unaddressed.  Both the
County’s budget and workforce have expanded exponentially with no
recognizable difference in level of service or benefit to its citizens.
In the past year, with the funding provided by Measure “R” there has
been no improvement in County services, nor is there expected to be no
matter how long Measure “R” continues.  Government is quite simply
incapable of solving all problems for all people and shouldn’t be in the
business of trying.  Each individual is uniquely different from all
others, requiring different solutions to each problem they seek to
resolve.  Government one size fits all solutions are doomed to failure
in all cases except for a few in the population.

To be “proactive” as Supervisor Howard has proclaimed that the County is
being by electing to grow government at public expense is not an
acceptable answer to the “Why” he has been asked. Similarly government
cannot provide tailor made solutions to each and every problem that
constituents pose.  It is for this reason that this COUNTRY provided
that government be limited to only those things it could provide that a
significant percentage of the population wished to have addressed.  This
does not mean that government could ask for funding to expand services
based on a bare majority, while PROMISING certain problems would be
fixed, WITHOUT EXPANDING THE BREADTH AND SCOPE OF THAT GOVERNMENT.  This
is precisely what County government has done with not only Measure “R”
money, but in far to many other instances within the general fund and
use of grant funding.

It becomes very difficult for the average citizen when government
becomes so incomprehensible as to make most items addressed by the Board
come in the form of “Why is the Board even doing what is being
proposed?”, let alone spending their money on it.  A typical Board
meeting addresses issues that have no practical benefit, nor relevance
to the majority of local residents.  They seem to only follow
regulations that are passed on to local residents from “on high” that do
not address any fundamental or necessary issues in the local community,
yet cost local residents money from their pockets to comply.

Even at the local level the population is continually bombarded with the
need to “provide” vital services that to most people are hardly “vital”
in their particular world.  This is particularly the case with recent
expenditures by the County from the “Measure ‘R’ funding”.  All the
hysteria proclaimed by the Board and the County’s CAO, Neal Lopez, over
loss of “vital” services should the funding be eliminated, is but
complete fabrication to serve interests that are not those of most
County residents.  Even though the expenditure of Measure “R” funding is
in its infancy, there has been no noticeable improvement of services,
let alone those “considered vital”.  It is with complete false posturing
and hypocrisy  to have local bureaucrats line up with union
representatives to proclaim ruin and devastation should funding be
reduced.  It is also unfathomable that both the Union President and
County Bureaucrats would make the claim that should Measure “R” go away
that salaries and benefits as well as “new” employees would vanish when
contracts would have to be honored.

The level of spin put out by County government before Measure “R” repeal
has even been addressed at the voting booth is breath taking.  One
wonders how government even managed to function in the pre-Measure “R”
days of local government.  No one is disputing the fact that government
doesn’t always get the job done, nor even do it correctly when it
tries.  We all have become well acquainted with the fiasco known as the
Federal and State governments particularly over the last fifteen
months.  It would be nice if our local government would stop being
“proactive” and let us all at least be able to afford to live in this
County.  Thank you very much Supervisor Howard….