Will Voter ID Cards Ever Become Law In The USA? 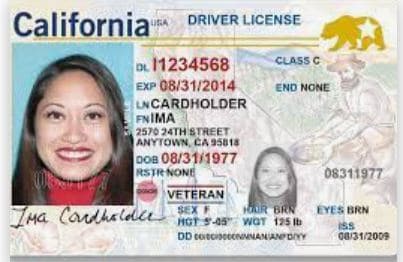 To vote in Mexico every eligible Mexican citizen has to have a tamper-proof photo-ID card with a thumbprint and an embossed hologram.

Who are eligible Mexican citizens? The 34th article of the Mexican constitution establishes that Mexican citizens are those Mexican [nationals] who are 18 years of age or older, and who have an “honest way of living”.

To apply for citizenship in Mexico, you must already be a permanent resident; or have family ties. Naturalization in Mexico requires a minimum of five consecutive years of residency prior to the application date, which may include temporary or permanent status depending on your situation.

Why have strict voter ID cards? Because there’s been too much fraud, multiple voting and voting by dead people.

Since 2013, these cards in Mexico have been used for their citizens along with 12 million that live abroad and have been tamper-proof. Their voter ID cards have become one of the most secure documents in Latin America. Mexican citizens in America lobbied to be able to vote and won, but they are only allowed to vote in the Presidential election (every 6 years); and at the 2006 election less than 1% turned in their vote. Since then the percentage has been slightly higher.

Looking at the USA, here’s where we’re at. The map below shows only seven states with key voter ID in place.

You can see that the majority of our country have no key voter ID protection laws in place, making it easier to have voter fraud take place which millions in our country believe took place in the 2020 election that resulted in Biden being inaugurated; which resulted in our country taking a nosedive in almost all areas of our lives.

One has to ask WHY doesn’t our nation want voter ID protections in place? For one the American Civil Liberties Union (ACLU) states that strict voting laws reduce turnout by 2-3 %. In addition, it’s costly to get documents such as birth certificates. About 11% or 21 million American’s do not have government issued photo ID. Minority voters disproportionately lack ID. Nationally, up to 25% of African-American citizens of voting age lack government-issued photo ID, compared to only 8% of whites.

Additionally the ACLU has: “voter ID laws are a waste of taxpayer dollars. States incur sizeable costs when implementing voter ID laws, including the cost of educating the public, training poll workers, and providing IDs to voters. The ACLU has led the charge against Voter ID in several states, challenging voter ID laws in in states such as Pennsylvania, Arkansas, Wisconsin, and North Carolina.”

While strict Voter ID Cards work in Mexico it is hard to impossible to believe they can’t work in the USA!