Will we be eating snails? 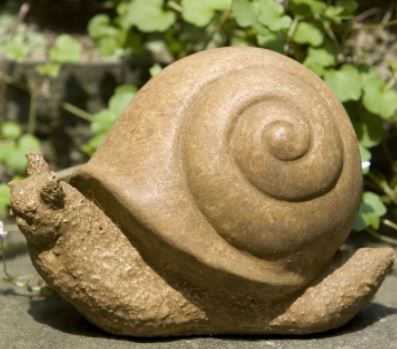 In addition to rising gas prices, rising inflation, economic stimulus checks supposedly in the mail but never received, what else can America look forward to with “illegal” President Biden’s destruction of America and American values?

They are based in Greeley, Colorado. They have 78,000 plus employees with annual revenues of $27.8 BILLION as of December 2020.

Cyber attacks by a Russian group called REvil are responsible says the FBI. Some how they were able to shut down all JBS meat packing plants which accounts for 20% of the slaughtering capacity for US cattle and hogs. Why is this happening? It’s the new form of ransom. REvil is a criminal enterprise centered on getting paid off which in all probability JBS did. This EVIL group steals the company data and then locks down their computers. So far they allegedly struck the meat and oil-and-gas industries.

On the good side, JBS should be back on line today or tomorrow. They claim there will not be any meat shortages.

About REvil, they use something called ransomware. It’s the latest device in making money based on blackmail. It hasn’t always been this way.

Let’s look back at the roots of JBS.

Before computers, in 1855, a 16 year old with $20 started his own meat market business…. his name: Gustavus Franklin Swift. He was born and raised in America and this is a real entrepreneurial story. With that $20 he bought his first calf. He butchered it and sold the meat to his neighbors.

Years later, as his company grew and expanded, he was responsible for creating and being credited for refrigerated railcars. On the one hand, his growth into becoming a billion dollar company led to unsafe and unsanitary conditions for his workers and his stockyards and that led to the creation of the FDA.

In 1906, a writer, Upton Sinclair, wrote “The Jungle” depicting the shockingly unhygienic conditions in the Chicago stockyards. His description of diseased, rotten, and contaminated meat shocked the public. That same year, under President Theodore Roosevelt, the Food and Drug Administration (FDA) was created. These days, with over 9,000 government employees, they are responsible for protecting public health by regulating human drugs and biologics, animal drugs, medical devices, tobacco products, food (including animal food), cosmetics, and electronic products that emit radiation.

What do you think will happen when our food is no longer produced in this country but imported? What about food that is not labeled? That too is an article for another day.

Swift company was purchased by JBS S.A. in 2007 for $1.4 billion. Swift had become the third-largest U.S. processor of beef and pork.

The White House says it is dealing with the Russian government on this Russian-based criminal group. Let’s keep our fingers crossed that something comes of it because when companies can be shut down and don’t pay, who do you think will bear the burden? The answer – the consumer. Even if they do pay, the consumer will ultimately pay with higher prices. That’s an article for another day.

In the meantime, shortages are coming that’s for sure and not just because of criminal Russian -cyber attacks. We’ve got shipping problems up the kazoo. This week it may be meat. Who knows what it will be next week? One thing for sure. The insurance industry has a new market. In addition to offering kidnapping insurance for executives, they can add an item for ransoms of stolen and locked company data.

Getting back to snails. While most people think it’s a French dish prepared with garlic and parsley butter sauce, it actually dates back to Roman days. In 58 BC, the Roman’s introduced eating of snails to what is now known as France.

Should you ever be in a situation without meat and wondering if it’s safe to eat our local Brown snails, the short answer is YES. But, first let them stay in a contained place with fresh water and carrots for a few days. Then once their system is cleaned out, read recipes on how to prepare them for dinner. Never, never eat snails that have been in a yard contaminated with pesticides.

2 thoughts on “Will we be eating snails?”