Will You Be Replaced? 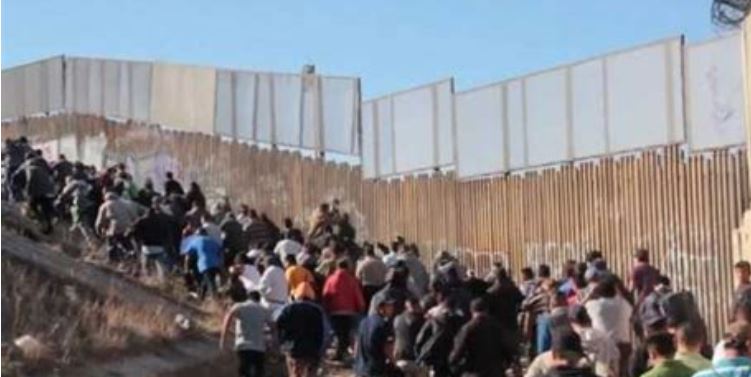 According to the Center for Disease Control on September 16th 2021, 46% of our population have not been vaccinated for Covid-19. According to a Washington Post and NBC poll, 72% of those polled claim that they will leave their jobs if they are required to vaccinate. That equates to just over 33% of the total population of the United States that plan to resist taking the Covid vaccine and will leave the workforce if vaccination were mandatory.

On September 10th, our Pretender in Chief Joe Biden dictated a new executive order requiring private businesses with over 100 employees to mandate Covid vaccination or weekly testing. Biden’s previous executive order, requiring all Federal Employees and those of Contractors to either vaccinate or test weekly led to mass resignations. All branches of the US Military have seen a significant drop. The same holds true for State and local governments that have similar mandates.

In an economy already desperate to fill job positions in every industry, employees are quitting their jobs in droves or being fired. This same scenario is playing out in Europe, the UK and everywhere that Covid Vaccination Mandates and Passports have been put in place.  What are the leaders of the Free World thinking?

It will be no surprise to most readers that governments of the “West” are undergoing a shift away from the concept of protecting personal civil rights to centralized collective authority to the extreme of tyranny. Our governments are no longer Democracies or Republics deriving their power from the will of the people; but Communist/Fascist dictatorships ruled by central authorities. It is also no secret that massive unrest has resulted in those countries where State sponsored propaganda and psychological programming are weakest. In the United States and Canada, where social engineering and psychological programming are highly sophisticated, the bulk of society are totally unaware of their circumstances.

Delusional thinking from engineered mass psychosis can exist only as long as that delusion can be maintained in practice. Fantasy bumping into hard reality survives as well as an egg dropped on concrete. Warm and fuzzy platitudes of Kumbaya Wokeness will disappear as soon as starvation and mass death appear. That is when the brutal truth of Marxism and Critical Race Theory will become crystal clear. Riots, looting, vandalism and mayhem, confined to Urban City Centers and commercial districts last year, will move into the suburbs with Joe and Jane Average becoming the victims.

Hitler once said “Through clever and constant application of propaganda, people can be made to see paradise as hell, and also the other way round, to consider the most wretched sort of life as paradise.”

Through propaganda, reality is subservient to the “appearance” of reality. The superficial sleight-of-hand that elicits a strong emotion will trump logic and reason every time. Humankind are animals with a strong herd instinct; as tyrants have always understood. Who needs the “Will of the People” to rule, when the rule can be dictated and the People programmed to desire that rule? A little smoke and mirrors at the polls, supported with mass media programming, and voila; dictates become democracy.

So, how does all this fit into “Being Replaced?”

Thirty three percent of the US population are not just questioning the programmed narrative of our government; but they are actively resisting. The other two thirds of the population are firmly in the grip of government social programming.

Thus, the government controls the “hearts and minds” of the majority of our population, along with two thirds of all military, law enforcement, intelligence and spy agencies, and every other branch of government. Once the one third that do not comply resign or are fired from their posts; they will no longer control 66%; but 100%!

The only fly in the ointment are those who swore oaths to protect and defend the US Constitution against all enemies, both foreign and domestic; and actually meant it and remain loyal!

We can expect a higher proportion of police and soldiers to be part of the “Resistance.” We can add 4.6% of the population who are Military Veterans to that resistance figure.

Who will fill the job vacancies? Joining the estimated 14.5 million illegal aliens who already resided in the USA, we have 1.3 million illegal aliens who have poured across our Southern Border since the Inauguration of the Biden Administration. These illegal aliens have been officially redefined as “Undocumented Citizens,” and every effort is being made to “Document” them. Last week, another Dictate emerged from the White House declaring “Undocumented Citizens” to be “Infrastructure.” Thus, tax dollars to support Biden’s Infrastructure Bill will be used to support these NEW CITIZENS.

While all American Citizens are required to adhere to Vaccine Mandates, there is no such provision for “Undocumented Citizens.” These New Citizens are not even required to test for Covid or any other diseases before being transported, at government expense, to communities throughout the United States. The same is true for the 100,000+ new Afghan refugees coming to America after Biden’s recent military surrender.

The shoes of those who resign their posts will be filled by “Undocumented Citizens” that will not be required to follow vaccine mandates. These New Citizens will be installed into the foreclosed homes of those who were bankrupted by draconian government mandates. New Citizens will enjoy free health care, education, and financial subsidies without being required to test or vaccinate for covid.

We should also expect requirements for military and law enforcement to be relaxed in order to fill vacancies. Expect to see “undocumented aliens” wearing badges, which incidentally has already happened in Utah. Expect to see the Felony Disqualifier relaxed also as desperate Marxist Cities seek to swell their police forces. Expect to see medical “professionals” from abroad, without US credentials, installed in hospitals. These are desperate times, and desperate times demand desperate measures. Never mind that the desperation was created to meet a political agenda.

As time progresses, and conservatives become social pariahs, we will also see the proliferation of parallel social systems. Once those without vaccination passports are banned from commercial transactions, they will be forced to find covert sources of supply. The first parallel social structure to gain prominence will be the already existing “Black Market.” Local gangs and domestic organized crime groups, swollen with felons recently released from jails and prisons, will battle for power and territory with foreign criminal cartels. Drug and human trafficking, prostitution, gambling, extortion, blackmail, kidnap for ransom, counterfeiting and other traditional organized crime vocations will eventually include illicit trafficking of untaxed food, fuel, hygiene items and other necessities missing from store shelves.

Another parallel social system will appear among Patriot, Jewish and Christian groups who are forced underground. These survival groups will operate similar to the Jewish Ghettos in Stalinist Russia and Nazi Germany during the late 1930s. American conservatives may soon find themselves disenfranchised from the government of the United States and all financial, travel, dining, communications and shopping. Once vaccine “Passports” expand to include political affiliation, race, religion and other categories, these “Ghettos” will proliferate.

Our government leaders have not minced words about conservatives, and Christians in particular. They have claimed that they will crush the Make America Great Again (MAGA) movement so thoroughly that it will never rise again. We have seen dictates flowing from both the White House and Congress that will soon selectively strip conservatives of their Constitutional Rights, while empowering, enfranchising, and entitling groups based on skin color, perceived gender, sexual orientation and political affiliation. Like all two-tiered social class systems, one class will be victimized and enslaved to serve the other. If history serves as a blueprint for the future, then victimization will ultimately lead to genocide.

If you do not believe that such a thing could happen to you, and that Americans are too intelligent and technologically advanced to participate in genocide; I suggest you do your research. It has happened before, many times, throughout the world; leading to the combined deaths of hundreds of millions of people. Here is the short list of the most atrocious examples: The Russian Bolshevik Revolution and Stalinist Purges, Spain’s Fascist Civil War under Franco, Mussolini’s Fascist purges in Italy, the Nazi Holocaust under Hitler, Mao’s Cultural Revolution and Great Leap Forward, Argentine political purges under Peron and subsequent Military Dictators, Political purges in Chile under Pinochet, the Viet Cong slaughter of Vietnam patriots after the fall of Saigon, Pol Pot’s Cambodian Killing Fields, ethnic cleansing in Bosnia and Kosovo, the Hutu machete genocide of Tutsis in Rwanda, and now the butchering of America’s Afghan allies by the Taliban after Biden’s surrender. That’s the most recent example, and it is happening right now, as Taliban terrorists go door-to-door, dragging out men, women and children for torture, rape, disfigurement and execution. Mainstream media will not report it, and even if they did, most Americans would simply tune to another station.

Will you be replaced? Are you preparing for the inevitable purge?

Organize now, while it is still relatively safe to do so. Your Church, Synagogue and Veteran’s Halls should all become hubs to organize for survival. Since the Inauguration of Joe Biden, Christians, Jews and Veterans have been declared “Dangerous Extremists” and the “Greatest Threat to Democracy.” The Taliban are our partners in Afghanistan, illegal border-crossers are above the law, shoplifting and looting are excused in the cause of entitlement, and the average conservative is public enemy number one in Marxist America.

Beware of who you trust, as there are hard-core true-believers in the Communist/Fascist “religion of envy” who have become “Facebook” style informants. In Dante’s “Inferno,” the Ninth Circle of Hell, closest to Satan himself, was populated by those who practiced treachery, deception and betrayal to gain earthly power, wealth, celebrity, and sensual delights. As in all Communist countries, infiltrators, informers and agent provocateurs are highly valued.

When determining who to trust, the Bible recommends that we examine their fruit. Examine the content of an individual’s character first and foremost. As we have seen amongst our Pentagon Chiefs of Staff, there are plenty of bloated puffed-up boasters who have the credentials; but will slam a knife in your back as soon as it is turned. Julius Caesar’s final death blow was a knife wielded by his best friend Brutus. Strangers who have not earned our trust are incapable of betrayal. Friends, Neighbors and even Family are the ones to beware of.

Avoid those who try to ensnare you into illegal activities. During the attempted kidnap of Michigan Governor Whitmer, a majority of those involved were FBI and government agent provocateurs. Government Agents also played a critical role of instigating the “January 6th Insurrection.” Don’t become a patsy for a Federal Government entrapment scheme.

These are treacherous times; so be both cautious and wise.

One thought on “Will You Be Replaced?”