Will you get the COVID Vaccination? 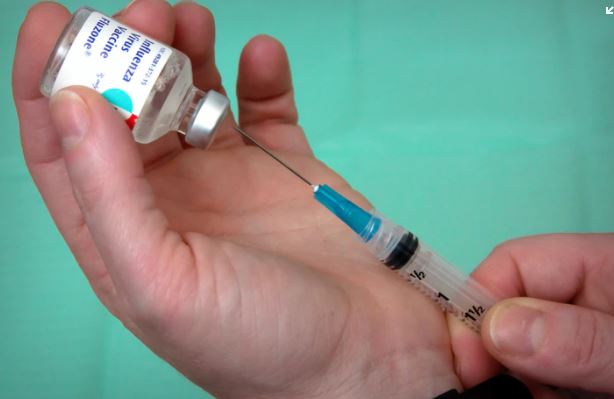 We are now into what has been feverishly reported as the pandemic of the millennium.  A year or more if you count the time in China and what do we really know?  Not much for certain.  Here in the United States we
have endured lock downs, social distancing, and nearly universal mask
wearing with little or no effect on containing the virus.  Testing, and
contact tracing that has produced little in the way of meaningful
information.  A mortality number in the hundreds of thousands, yet even
more questions about how true those numbers actually are.  Testing that
produces thousands of false positives.  Contact tracing that yields
little or no on going transmission.  A shrinking mortality rate.
Increasing distrust by the public with the press and our governments.
What is next, oh yes the knight on his white horse……Vaccines.

Let us start out with a dash of cold water on that scenario. Vaccines
ARE NOT A CURE FOR THE COVID VIRUS.  It is simply a way to initiate the
natural defenses normally found in humans. It is not surprising that 40%
of the US population is a bit skittish about taking the vaccine by
either drug company.  Normal testing for the acceptance of a new vaccine
is meager at best for either vaccine currently being administered.  It
has clearly not endured the vetting associated with nearly all drugs
accepted as safe by the FDA.

The test population has been relatively tiny.  Even with a 95% success
rate, 94.5% with Moderna’s, the vaccine has not been tested on a broad
range of the population in general and may not be as fool proof as we
are being told.  The list of side effects in just a few months of
testing is substantial, and growing as it has been introduced in the
general population.  Medical professionals in growing numbers are
refusing to be inoculated.

Unfortunately, that is but the tip of the iceberg, and many have been
stampeded into believing that once you take the vaccine your troubles
are over.   Covid-19 will be but a memory and your life will resume as
normal.  It seems though, that is not exactly what is being said about
the vaccine.  Medical sources are saying that the vaccine merely infects
the recipient with a weakened form of the virus and your own body’s
natural defenses take it from there. Since most people who have been
infected by the virus experience little or no symptoms, it begs the
question “Why take the vaccine at all, and eliminate the risk from
taking the vaccine?”  In addition, no one knows how effective or how
long the vaccine’s protection will last.  On top of that great news, it
does not insure you will not be infected by the virus after you have
been vaccinated.

So here we are once again, after months of government mandates to little
effect, dubious mortality numbers, questionable testing, questionable
tracing, and a vaccine that may or may not do anyone any good, not only
that but may be completely unnecessary in the end for most of us.   It
appears that the media, medical professionals, and our leaders have
completely failed us and in the process wrought incalculable harm to
this Country.

I will repeat, VACCINES ARE NOT A CURE FOR THE VIRUS!  They are a weakened or dead form of the virus that stimulates the natural defenses in one’s own body.  By being vaccinated you are being infected by the virus in a mild form, for most people, in order to avoid the worst effects of the virus.  Keep in mind that most people will not suffer the effects of the virus even without the vaccine.

This does not imply that some people can and will benefit from being
vaccinated.  It simply means that people in this Country ought to have
the choice, something that seems increasingly unlikely unless there is
push back.  It is not the task of the government or anyone to force
compliance.  It is not our job as individuals to make sure everyone is
risk free.  The same can be said for the government.  That should be the
individual’s responsibility in the United States of America…..