Winner, Winner, Chicken Dinner, Or Is It? 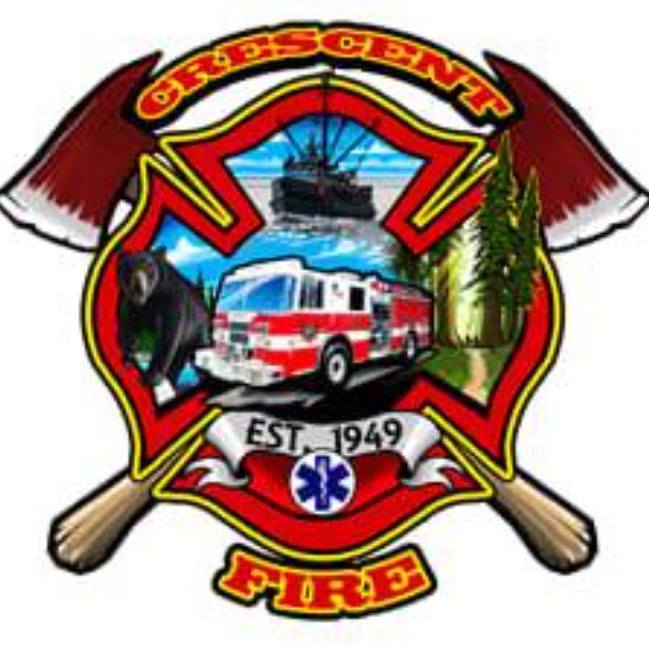 Now that Chief Gillespie thinks he has succeeded in forcing additional
taxes on property owners in the Crescent Fire Protection District (CFPD) and
managed to get the City’s Crescent Fire And Rescue to tag along with his
“grand vision” of a hybrid department at both places, he elects to
retire.   What?  In a recent announcement Chief Bill Gillespie will be
retiring as Chief from both departments.  After four years as Chief of
the departments he is set to retire on June 16th of this year. During
his tenure as Chief, he is principally responsible for advancing a plan
to install sleeper crews of volunteers overseen by paid captains.  The
salaries of which are likely to consume $350,000 to $400,000 plus each
year in both departments;  hence, the need for additional revenue.  The
question being asked, “Is the hiring of three captains for each
department really necessary considering the fact that very few of the
calls for service actually are fire related calls?”

As much as each department is quick to trot out statistics claiming
thousands of calls each year, very few are related to fire.   So another
question needs to be asked of Chief Gillespie before he rides off into a
very well supported retirement.  What has changed that makes it
necessary to require paid captains to work a couple days a week when
most of the calls both departments field are health related?  And now
that your dream of hybrid departments has been realized why retire?  Is
it possible that the funding for each may be in jeopardy?  Could it be
that if the CFPD were to conduct a proper election where everyone who is
entitled to vote gets a ballot would it result in another failed
attempt? Could it be that if the CFPD were honest with the voters, that
a “No” vote to the recent parcel tax increase would have been the
result?  Is Chief Gillespie’s dream about to go down in flames?

Both the CFPD’s new revenue streams are about to be contested in 2022,
the 1% sales tax increase and the $74 new parcel tax. Crescent Fire and
Rescue is no doubt counting on their slice of the City’s 1% sales tax
hike to pay for the department’s projected hires.  The City Manager,
Eric Wier, has recently confirmed that using funding from the 1% Measure
“S” sales tax increase is in fact the plan.   Again making it clear that
salaries over potholes have become the chief priority for the City.
Chief Gillespie should be proud, but his reasons for retirement are
noticeably absent.

All of the County’s fire stations for years have been manned
successfully with volunteers.  The CFPD and CF and R have employed the
services of a hired Chief who actually commutes from Arcata five days a
week.  If the City and CFPD were to share a Chief who is local, is there
really a need to realize Gillespie’s dream of more paid positions?
Probably not.  With the potential impending demise of the Fire
District’s funding, perhaps it is time for Chief Gillespie to retire and
some one with a better vision for the City and County needs were to be
his replacement.  Both the City and the CFPD are jointly seeking a
replacement for the retiring Chief.  One only wonders if the City can
manage to foul that one up?