With Biden at the helm, you didn’t really think prices were going down, did you? 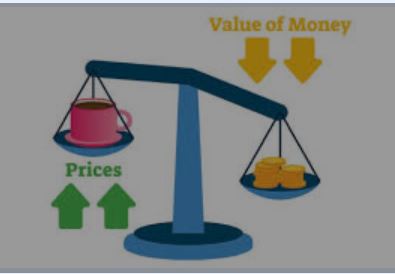 I don’t know how many Americans have noticed, but already there is a
slow creep upward of many things in our local grocery stores, as well as
the price of gasoline and diesel at the pump.  Against all warnings that
this would be the case should the current administration come to office,
now becomes the time where just how much of the whirlwind we all shall reap.  I recall late last fall seeing a snarky comment by “Bob” in this
paper salivating over the prospect of a Democratic led congress and
administration, and not receiving a response to my rebuttal that no
matter who was elected, he would be unlikely to be very happy with
either outcome.

Until Biden runs out of executive orders ink, it will likely be a
strenuous time for all Americans, as inflation will no doubt become a
burden on most middle and lower class wage earners.  In the first twenty
days of his occupation of the White House he has assured the US that
fossil fuels are under attack and all things will increase in cost and
ultimate price.  The US dollar will loose value around the world
affecting every corner of the US economy.  His attempt at turning to
wind and solar will necessitate dramatic increases in fuel prices in
order to make the higher cost of wind and solar more palatable.   There
is nothing particularly hidden in the current administration agenda that
doesn’t make it painful for most Americans and their pocket books.

But, but, we are at a state that we must do this to save the planet is
the well traveled excuse for signing on to the idea that the wind and
solar power mantra will indeed be able to accomplish something that is
clear it can’t.  Germany who has struggled to reach 33% of net zero
power in it’s grid is struggling with all manner of hidden costs
doubling the cost of electricity that clearly is unsustainable and
likely to be forced back into the use of natural gas to take the
increasing pressure off its lagging economy.  For us in the United
States, Germany’s net zero policies will be a disaster.   Imagine two
and three hundred dollar electric bills for a start, groceries and other
products doubling in cost, and services inflated beyond the reach of
many Americans.

So you are thinking things were tough before now, just wait… There is
medicare for all, a huge and irresponsible Covid relief package, and $15
minimum wage waiting in the wings.  More illegal migration to further
depress employment for citizens, and China salivating on the side
lines.  I’m not sure what more a single administration can do to damage
the world of Americans beyond recovery.    So I congratulate all who
voted for this new world we are entering  and hope you thoroughly enjoy
what will descend upon your world for at least the next couple of
years.  Maybe in that time you will become aware of certain unavoidable
consequences the 2020 fall election has unleashed up the most vulnerable
in the US and more than likely on everyone except the very rich.  Kind
of rich don’t you think?