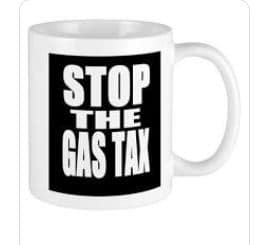 There are currently 76 Members of the State Assembly. Yesterday, 18 of them voted for my bill to suspend the gas taxes. Another 18 abstained from the vote. And 40 voted no, welcoming $6 per gallon with open arms.

You can see how everyone voted here and watch the proceedings unfold on the Assembly Floor here. All Republicans and one Independent voted yes; all Democrats abstained or voted no.

The backlash was swift as legislators heard from their constituents. By late afternoon, one even put out an apologia, explaining she only voted no because she hadn’t “read” the bill. The bill is two pages long.

Newsom’s reaction was beyond belief, even for him. He claimed my bill would “line the pockets of petro-dictatorship and oil companies,” adding that rising gas prices are “a direct result of Putin’s war.”

Right after Newsom made this comment, Connecticut’s liberal Governor humiliated him by announcing he was suspending his state’s gas tax, exactly as I proposed here.

A Fox 40 reporter suggested the same thing would happen as with our State of Emergency vote before the Super Bowl. In that case, she said, our “strategy essentially worked” because we shamed the Legislature into finally taking up the Resolution. In fact, the Senate will consider it later today.

From yesterday’s events, it’s clear our government has never been more inept, corrupt, or out of touch. This is the time to join the fight for our state and country.

Help me continue the fight